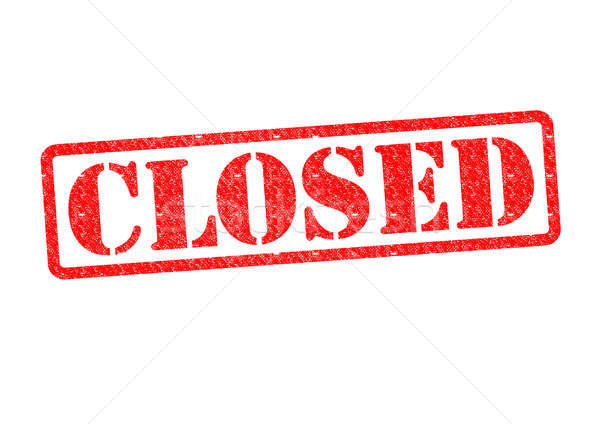 A new practice direction reveals some valuable progress in the management of closed judgments, but leaves uncertainty and, very worryingly, indicates that some judgments will be destroyed.

Closed material procedures (CMPs) have become an established option for the government when it wants to rely on security-sensitive evidence in civil litigation.

In immigration matters in the Special Immigration Appeals Commission (SIAC) and in the full range of civil proceedings under the Justice and Security Act 2013, CMPs permit the state to rely on evidence that will not be disclosed to the other party who may be (for example) subject to deportation or a claimant in an action alleging state complicity in rendition.

Open and closed judgments may be handed down. The latter will not be seen by non-state parties, their lawyers or the public.

In parallel, there have been heavy restrictions on access to and reporting of criminal terrorism cases, most notably Incedal.

CMPs and closed judgments are by nature a departure from fundamental rule of law standards of equality of arms and open justice. The Supreme Court pointed this out in Al Rawi and the Special Advocates have been highly critical of them. Nonetheless, there is no sign that the CMPs will disappear. Instead, the trend has slowly been towards managing them and finding ways to mitigate some of the deficiencies.

A six-paragraph Practice Direction on Closed Judgments, issued on 14 January 2019, reveals some significant steps in that direction, but it lacks clarity in its scope and reveals a very troubling proposal for destruction of judgments.

The problem the Practice Direction aims to solve

In Incedal, the Court of Appeal noted that closed judgments

This mattered because appellate courts need access to judgments and because

"it must always be a possibility, that at a future date, disclosure will be sought at a time when it is said that there could no longer be any reason to keep the information from the public."

It set the wheels in motion for what would be become the "library of closed judgments" that has now been announced in the Practice Direction.

This is a welcome development. It adds considerable certainty to the closed judgments regime and will ensure that judgments can be considered in subsequent cases.

That said, there are problems.

Uncertainty: what closed judgments must be lodged?

The Practice Direction states that a judgment must be lodged if it is a "closed judgment following a closed material procedure":

The exclusion of the Employment Tribunal is a concern but two major categories of cases are not mentioned.

Secondly, does it extend to judgments of SIAC, which is established under the Special Immigration Appeals Commission Act 1997? It would be very unwise to presume one way or the other on this question. As the most well-established setting for CMPs, it seems the omission could well be deliberate.

These warrant immediate clarification not only for practical purposes but because there are very serious implications that arise for judgments depending on whether they are caught by this Practice Direction. Among them, if those judgments are not included then presumably they cannot be destroyed under paragraph 3 (at least at the moment).

Further, will any information be available to the public with regard to what judgments are held in the library? Names of cases involving CMPs have been published in annual reports (at least since the second report, after a particularly poor first report). There seems no reason why a record should not be publicly available.

The Practice Direction indicates in paragraph 3 that judgments will be destroyed:

"If it is decided to retain the judgment in the library, the relevant judge(s) or tribunal judge(s) will be informed. If the judgment is not to be retained, it will be disposed of securely."

There are so many problems arise from that paragraph that it is difficult to know where to begin.

There is no indication of criteria for retention or destruction, no timescale, no process set out - for instance, who will be consulted in the decision-making process, notification of judgments that are marked for destruction, or whether there might be some appeal or contesting of decisions. While those matters might not strictly be suitable for the Practice Direction, they are matters that must be addressed.

It might be thought important for both practical purposes and for public confidence that that no judgments are destroyed without such processes in place, and without ample time to ensure that processes can be put in place. That may be so - but it is not enough.

Instead, no judgments should be destroyed. CMPs are concerned with the actions of the state in matters of liberty and rights. There are massively important public interests at stake. It is of course hugely challenging for the government and the courts to manage information it needs rightly to keep secret for good reasons, but it is important that the management of closed judgments works to enhance not only security but also transparency and accountability.

The Belhaj case - discussed on the Blog here — involved rendition and mistreatment, if not torture and resulted in a public apology in parliament. Closed material procedures were sought in that case. It would be unacceptable that material is destroyed that might subsequently reveal without any risk to national security that actions of the state were incompatible or compatible - both are important - with legal obligations or commitments to the rule of law.

With the Justice and Security Act 2013 due for review, no destruction should occur prior to that review.

The guidance accompanying the practice direction

Paragraph 4 refers to a document titled, "Closed Judgments Library - Security Guidance of 2017" and says it can be obtained from the court.

As this might address some of the concerns above it is important.

On seeking a copy, it turns out that this document is marked "official sensitive" and is not publicly available. Responses from the court state that "it is intended only for those who may have to deal with closed cases and/or documents" and where a person has it then it "cannot be quoted, passed on or published."

The fact that the guidance will not be publicly available and cannot be quoted from means that people cannot know what, if any, processes exist. Cabinet Office guidelines on protective marking emphasise there should be a "clear and justifiable requirement" if official sensitive marking is to be used, and it is not clear what that justification is.

A Practice Direction is concerned with practice, but it should be underpinned by principle. As CMPs and closed judgments are a radical and troubling departure from the norms of natural and open justice, those principles should be articulated. That applies not only in the substance of the law but equally in the administrative and procedural management of the judgments.

I will suggest the following as a starting point for how they might be articulated in a closed judgments Practice Direction:

Closed material procedures, by their nature, depart from established principles of equality of arms and open justice (eg, Al Rawi [2011] UKSC 34). While criminal cases do not use closed material procedures, there have been occasions where media and public access to trials has been heavily restricted and closed judgments handed down; this has a significant impact on open justice. Departures from openness are to be avoided unless proportionate and necessary. In keeping with that principle, information about process should wherever possible be accessible.

There is a pressing need for the clarification of some uncertainties arising out of the Practice Direction. That could be done without much difficulty.

Absolutely no destruction of any judgments should occur before the review of the Justice and Security Act.

The principles around destruction or - the better position - around retention require serious attention. I am currently completing a project that will make recommendations about whether and how closed judgments should be able to be made open over time when opening them in part or full would not pose a risk to national security. That report will be published in the coming months and it is hope that it will also be a matter considered by the review of the Justice and Security Act.

For now, though, it is to be hoped that the uncertainties will be addressed fairly quickly.