Does law fall silent in the war against Covid-19? 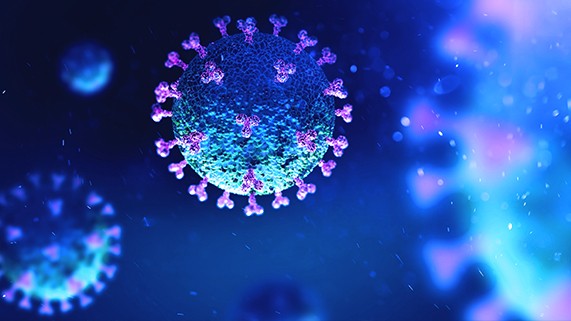 The UK's Prime Minister yesterday joined other international leaders in declaring "war " on the invisible enemy, Covid-19. In a public emergency, the Government is quite right to use emergency powers to protect the public. Coronavirus is a genuine public health emergency, not a legal or political crisis. The primary focus of the Government's response is, rightly, on public health, medical evidence and scientific research. Lawyers are not doctors and aren't qualified to give medical advice to the Government or the public. Nor are lawyers qualified to give budgetary advice on the efficacy of the economic response to the crisis.

However, law is not irrelevant in a public emergency. During World War 2, the House of Lords in Liversidge v Anderson  were called upon to adjudicate between the rights of the individual and the power of the Government. It is now generally accepted that the majority failed in the exercise of its constitutional functions in that case - they acted as "mice under the throne" rather than the lions required by the constitution. The majority echoed Cicero's view that law falls silent amid the clash of arms. Lord Atkin disagreed, in words which still ring out to us nearly 80 years later

In this country, amid the clash of arms, the laws are not silent. They may be changed, but they speak the same language in war as in peace. It has always been one of the pillars of freedom, one of the principles of liberty for which on recent authority we are now fighting, that the judges are no respecters of persons and stand between the subject and any attempted encroachments on his liberty by the executive, alert to see that any coercive action is justified in law.

Whether the threat comes from war, terrorism or a major pandemic, law still has a role to play in ensuring the legitimacy of the Government's response. The Rule of Law requires that we are ruled in accordance with the law, and that we are all subject to the law. The Government proposes to introduce emergency legislation to ensure that public bodies across the UK have the tools and powers they need to mount an effective response to the emergency. On 17 March 2020 the Government issued a white paper, Guidance: what the coronavirus bill will do . While no one can doubt the need for the use of emergency powers to protect lives in the face of such an unprecedented public health emergency, the Bill will still need careful scrutiny. The following Rule of Law principles can assist with that scrutiny.

The first key Rule of Law principle is the standard of necessity for justifying departures from fundamental values and ordinary law-making procedures. Each provision in the Bill which affects fundamental rights must be necessary in order to combat the threat posed by coronavirus. It is possible to restrict liberty in an emergency, but there must be a sound reason for doing so. This basic Rule of Law principle is reflected in the European Convention on Human Rights. Articles 8, 9, 10 and 11 allow interference with basic rights where it is "necessary in a democratic society for the protection of health". Article 15 also allows derogation from certain rights to the extent "strictly required by the exigencies of the situation". Necessity for the making of law is a also a clear part of the requirements of democratic law making. There are a number of elements to the necessity principle:

Firstly, there must be a clear scientific and medical justification for emergency measures. The response must be evidence-led, not led by a response to political pressures, nor by the need to be seen to do something. Before authorising or using a particular power, there must be clear scientific evidence that that particular power will help. In this regard, it is reassuring to see the strong role already being played by the UK's Chief Medical Officers and the Chief Scientific Adviser. Their welcoming of challenge from the scientific community, and preparedness to respond to such challenge, has also been a significant feature of the way in which the emergency has been handled.

Secondly, there must be a demonstrable need for legislation to achieve the end goal. If advice on handwashing and social distancing is working, then there is no need to convert that into draconian legislation. 'Nudge' techniques can be quicker and less oppressive than legislation. For each provision, the government needs to be able to demonstrate that "softer" measures like advice and guidance won't work, and that the coercive force of law is required.

The second Rule of Law principle is proportionality. The powers provided for in the Bill should be no more extensive than is required to meet the emergency. An important aspect of proportionality is the duration of the emergency legislation. The emergency measures should only be used for so long as it is necessary. The current proposal is for these powers to last for 2 years. Given that this seems longer than the expected life-span of the virus, and that most emergency counter-terrorism legislation has traditionally required annual renewal, this requires more justification.

The third Rule of Law principle is democratic scrutiny. It isn't enough for the Government simply to assert something and for this automatically to be followed. Picking up the thread of Lord Atkin's speech in Liversidge v Anderson, the bald assertion by a Minister of something does not make that something true. The Minister (or Government) must answer questions to someone to justify that assertion. There must be some form of independent scrutiny. In a democracy, this detailed scrutiny must come from Parliament. Parliament must not be obstructionist, but, equally important, it must not be supine. Parliament is the place where the legislation should be scrutinised in the first instance against the Rule of Law principles of necessity and proportionality. The Civil Contingencies Act 2004  makes detailed provision for parliamentary scrutiny of emergency regulations required to deal with emergencies such as this. The Bill will need to ensure that it provides scrutiny safeguards at least as extensive as those provided for in the legislation.

The next Rule of Law principle is reviewability of individual decisions by the individuals affected. The power of the state to exercise these new powers against people cannot be untrammelled. It is inevitable that mistakes will be made. It is possible that decisions will be made for the wrong reason. The Rule of Law requires a right of access to a court or tribunal in order for people affected to be able to challenge decisions made by a decision maker which directly affect them. In an emergency, the default position will be that the decision is made and implemented. But, there still needs to be a way for people to challenge that decision an independent court or tribunal so as to have the opportunity to rectify any wrong or unlawful decision.

Another relevant Rule of Law principle is equal protection of the law. Both the burdens and the benefits of the emergency legislation should apply to all. Public health considerations may require the Government to explain any differential access to the benefits of the powers taken to protect the public, such as on grounds of immigration status.

The final Rule of Law principle is openness, or transparency of information. The Government acknowledges that the effectiveness of its response requires public support and compliance. That requires trust. People will obey emergency laws if they trust that there is a need for them. In order for official advice to be effective, the Government must be trusted. Fake news thrives if official news is not trusted. This trust is achieved by the Government being open and honest with the public. Daily factual briefings are to be welcomed, as are official statements and guidance from trusted sources from within Government, but the Government should go further and make publicly available all the scientific evidence and modelling on which it is basing its response.

The Bingham Centre, as part of its Rule of Law Monitoring of Legislation Project, will be applying these Rule of Law principles to the Government's Coronavirus Bill when it is published, to help Parliament perform its role of ensuring that this important Bill is in keeping with our Rule of Law tradition, which will help to secure the public support and compliance required to make it effective.