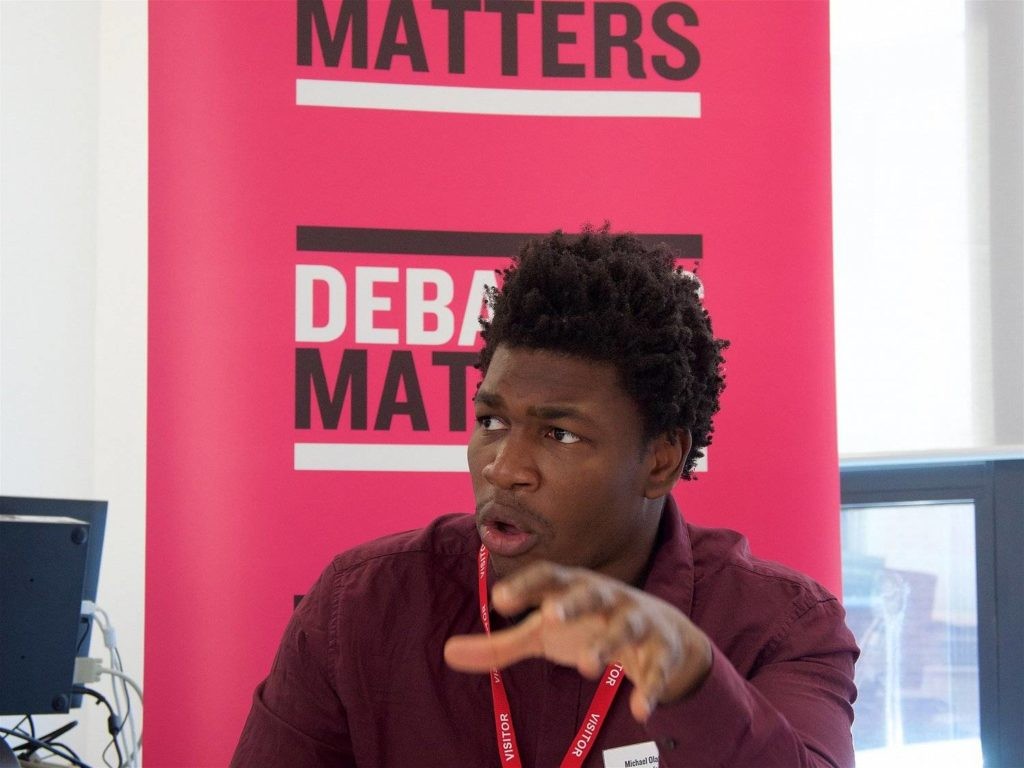 The Bingham Centre is committed to working with partners in democratising public policy conversations. Research Fellow in Citizenship and the Rule of Law Michael Abiodun Olatokun judged a series of debates at Joseph Chamberlain Sixth Form College in Birmingham as part of the 'Debating Matters' Regional Finals. Students from across the West Midlands raised a number of interesting concerns in the field of machine learning, including the potential bias of algorithmic decision making, which will influence the Centre's thinking in our 'Rule of Law in the Digital Age' area of focus.

More information, and a quote on the importance of young people debating political issues, can be found on the college's website.