Safeguarding London's Standing in International Dispute Resolution: The Rule of Law and Judicial Independence in Practice 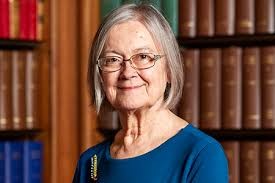 The Rule of Law and its application in the English legal system are more important than ever.

Baroness Hale, the President of the UK Supreme Court until her retirement in January 2020, is uniquely well-placed to comment on what it takes to uphold the Rule of Law when the judiciary is under pressure and in the media spotlight.

Fundamental and enduring legal principles, such as judicial independence, have given London an advantage, and continue to be highly relevant to its status in international dispute resolution. But with shifting global trading relationships and technological change accelerated by the coronavirus pandemic, what truly underpins London's position as a leading centre? Why do so many businesses and individuals around the world choose English law to govern their transactions and to resolve their disputes in London?

This event sees Baroness Hale in conversation with BBC journalist and presenter Razia Iqbal, followed by reflections by Dame Elizabeth Gloster. Currently an international arbitrator, she was formerly the Vice-President of the Court of Appeal, Civil Division and judge in charge of the Commercial Court.

This event is free to attend however, advance online registration is required below.