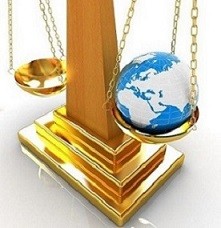 This week Brandon Lewis MP, the Secretary of State for Northern Ireland, announced the Government's plan for dealing with 'legacy' issues relating to the Troubles era in Northern Ireland. There are three main proposals: a truth recovery body, an oral history initiative, and a 'statute of limitations'. The full details have not been announced, but the Government's policy paper  sketches out the broad outline. On the statute of limitations point, the proposal is to prohibit all prosecutions which are Troubles-related. This would include prosecutions of soldiers as well as prosecutions of paramilitaries. Not only would prosecutions be prohibited, but the police and the Police Ombudsman would be prohibited from investigating these incidents. Further still, all judicial activity in relation to the Troubles, including civil claims and inquests, would be prohibited.

Although dealing with the legacy of the Troubles in Northern Ireland is a complex and difficult task, there are some clear Rule of Law concerns about the proposed statute of limitations. A law to prevent serious crimes being investigated and prosecuted is fundamentally opposed to the principle of legality - that we are all subject to the law. In an interview with the British Forces Broadcasting Service, Dr Ronan Cormacain of the Bingham Centre also set out the constitutional difficulty of the Westminster Parliament passing a law on a matter which has been devolved to the Northern Ireland Assembly. The Bingham Centre will be examining these proposals in greater detail as more information emerges.