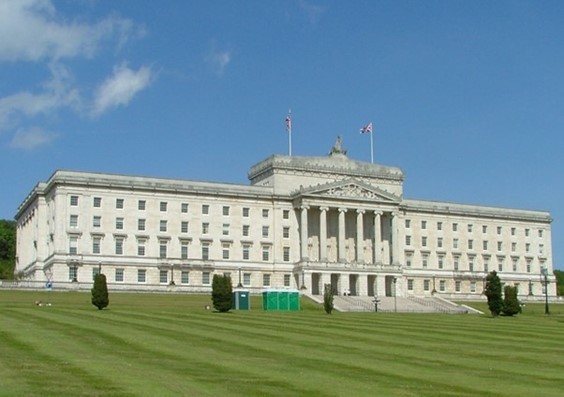 This week, elections have taken place for local councils across the UK and for the Northern Ireland Legislative Assembly. Whereas the former may have political consequences in the wake of the Prime Minister's Fixed Penalty Notice for breaching COVID-19 restrictions, the latter elections may have more direct consequences for the Rule of Law. The results for the Stormont Assembly may influence the Government's attempts to renegotiate the Protocol on Ireland/Northern Ireland of the EU-UK Withdrawal Agreement. Ministers have issued threats to unilaterally tear up the Protocol in reaction to the ongoing stalemate with the EU.

In a recent appearance before the House of Commons European Scrutiny Committee, the Minister for Brexit Opportunities Jacob Rees-Mogg stated that "there comes a point at which you say, "You have not reformed it and therefore we are reforming it ourselves". The United Kingdom is much more important than any agreement that we have with any foreign power." It has even led to reports that the UK Government may be planning new legislation to "supersede" the Protocol, akin to the clauses of the Internal Market Bill in 2020 that were eventually removed during negotiations of the EU-UK Trade and Cooperation Agreement. This followed cross-party resistance in the House of Lords to the damage that the clauses would do to the UK's international reputation as a Rule of Law-regarding nation.

The latest sources  claim that the Government may bring forward legislation purporting to uphold the integrity of the Good Friday Agreement, rather than a Bill explicitly framed to override the Protocol. Rees-Mogg also confirmed that the Government will bring forward a 'Brexit Freedoms Bill' with wide powers for Ministers to amend 'retained EU law', a subject on which Bingham Centre researchers have already engaged Parliament. The Queen's Speech marking the State Opening of Parliament will take place on 10 May. If Bills in the next parliamentary session do raise Rule of Law concerns, the Bingham Centre's Rule of Law Monitoring of Legislation project will be ready to engage.

This week's update includes a summary of the project's outputs and impact throughout the parliamentary session that will come to an end next week. We also report on a Q&A we have published on reform of the Human Rights Act 1998 for a European audience, and an accompanying RECONNECT blog post; legislation overhauling human rights law is expected in the Queen's Speech. We bring news of an event last week on lessons for the 'post-pandemic' future hosted in collaboration with RECONNECT partners, and finally we have an update from the Modern Slavery and Human Rights Policy and Evidence Centre.