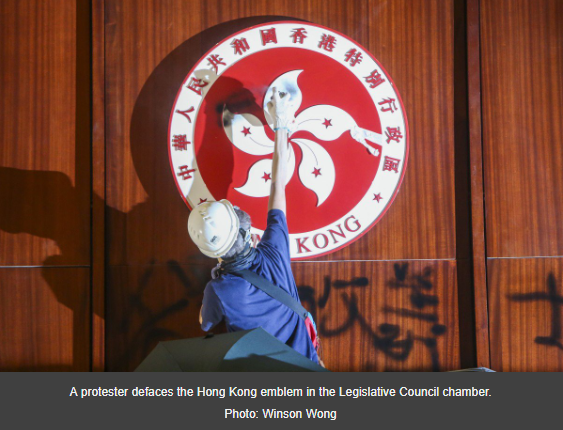 The Rule of Law was at the centre of dramatic events in Hong Kong and an escalating diplomatic stand off between China and the UK this week, invoked by both Carrie Lam and China to condemn demonstrators who sprayed messages of protest in the chamber of the Hong Kong Legislative Council and by critics of the proposed extradition law which is at the heart of the dispute.

Sceptics might say that this demonstrates the limited utility of a concept which can be made to mean all things to all people. Not so, as the Lord Chancellor and Secretary of State for Justice, David Gauke MP, demonstrated in his powerful speech at this year's Lord Mayor's Banquet.

The Lord Chancellor returned to the theme of last year's speech, the importance of the Rule of Law as "the bedrock of our democracy", in which he argued that "the principles it encompasses - equality under the law, access to justice, government being subject to the same law as anyone else, and a framework of law that is clear and certain - underpin and protect so many aspects of our way of life, from the liberty and rights of the individual to the strength of our economy."

This year, however, he had a stark warning to deliver: that many of those principles are being put at risk, along with the institutions that exist to protect them, because the forces of populism are contributing to growing distrust in the institutions which have become the guardians of our democratic ideals. Deprecating the populist tropes of over-simplification of complex problems and distrust of expertise, he called for a more proactive and robust defence of the Rule of Law, including the independence of the judiciary, to ensure that the institutions which underpin it survive the growing attempts to undermine them.

That is the Bingham Centre's very raison d'etre, and we are encouraged to see the current challenges facing the Rule of Law so forcefully articulated.