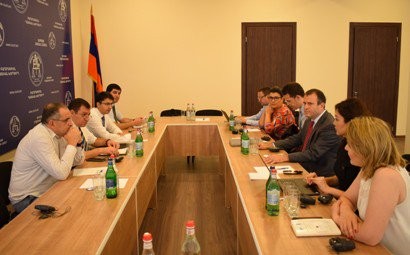 The UK now has a new Prime Minister. Boris Johnson has assembled a Cabinet that supports his position that the UK should leave on 31 October with or without an agreement. In a sense we are back to where we were with Theresa May mantra for much of 2017 and 2018, that "no deal is better than a bad deal". The crucial difference is that this new administration appears much more committed to no deal than Theresa May or her divided cabinet ever were.

Whatever happens with Brexit, the next few months will see major Rule of Law challenges front and centre in Westminster. If, as seems likely, there is little prospect of any significant changes to the Withdrawal Agreement negotiated by Theresa May, and MPs want to stop a no deal Brexit from happening, the scene is set for an intense constitutional confrontation between the executive and the legislature once Parliament returns from the Summer recess.

This is our last weekly update before the summer break. We will resume normal service on Friday 6 September. As well as our normal updates on what we have been up to this week we have also included a brief review of some our recent work, a sample of which is now hosted on our new website which has just gone live. It is still a work in progress, with much more content to be added, but we hope you will agree it already represents a major improvement.