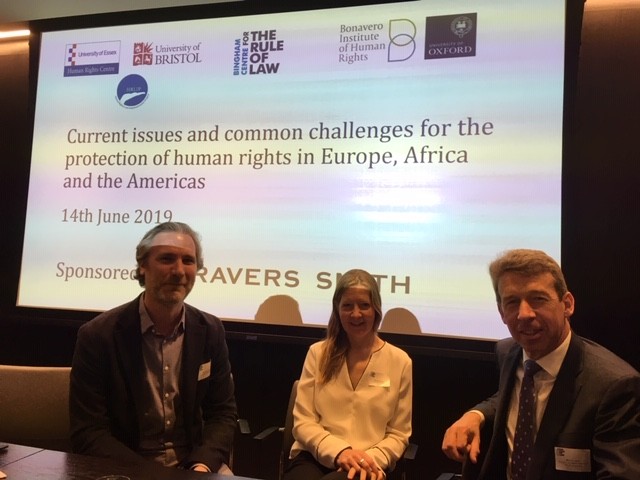 The severe strain placed on the Rule of Law in the UK by Brexit returned to centre stage this week, as debate raged in Parliament, the media and the blogosphere about whether a new Prime Minister determined to leave the EU without a deal could be stopped, by Parliament itself, the courts or even the Queen, from seeking to prorogue Parliament in order to prevent it from having a say on a No Deal Brexit. As one historically astute parliamentarian wryly observed, Charles I has now replaced Henry VIII as the constitutional spectre conjured up by the extraordinary and unprecedented stresses to which Brexit continues to subject our political and constitutional system

The risk of the UK leaving the EU without a deal on 31 October came two significant steps closer this week. The House of Commons declined the opportunity offered it by a cross-party motion to pave the way for legislation to prevent a No Deal Brexit. And Boris Johnson, who advocates leaving the EU on 31 October "Deal or No Deal", moved into what looks like an unassailable lead in the race to replace Theresa May as Prime Minister. If Prime Minister Boris is determined to implement a No Deal Brexit, there is now genuine cause for concern that Parliament would be powerless to do anything about it, notwithstanding that there is a clear majority in Parliament against No Deal. The week's events are a salutary reminder of just how much the Government controls Parliament and how little power of initiative Parliament has under our current constitutional arrangements, and of the urgent need to start a meaningful and inclusive discussion about UK constitutional reform.

With the prospect of a No Deal Brexit now increasingly likely, attention must urgently be focused on its profound implications for the Rule of Law in the UK: the radical legal uncertainty it causes for business and individuals; the threats to the status of EU nationals in the UK and UK nationals in the EU; the regulatory blackholes that will appear overnight; the likely breach of the UK's treaty obligations in the Good Friday/Belfast Agreement; the threats to security from the sudden loss of intelligence and data sharing; and the necessity of emergency legislation which will effectively transfer the legislative function to the Government because of the urgency and scale of the legislation required. All those with concerns about a No Deal Brexit need to explain more clearly and accessibly the practical implications of such a constitutional revolution