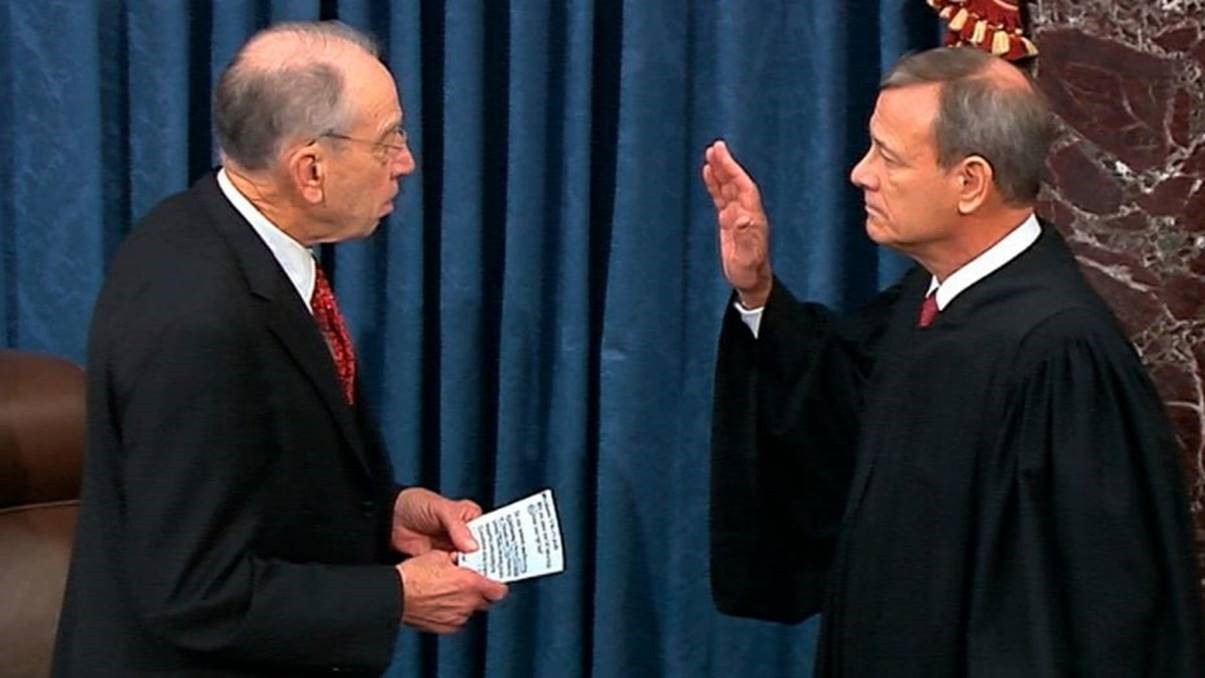 In the United States, the Senate's impeachment trial of President Trump began. The charges the President faces are grave on any view, and while the hearings are likely to be highly partisan in the polarised political climate of today, the proactive campaigning of the Republicans for the Rule of Law group demonstrate that a commitment to the Rule of Law is capable of transcending party politics even in such polarised times. The world will be watching carefully to see to what extent this extraordinary constitutional procedure is capable of delivering on the twin Rule of Law commitments that everybody is entitled to a fair trial and nobody, "be he ever so high", is above the law.

In Poland it was also the upper house of the legislature that was at the centre of the latest Rule of Law crisis precipitated by the Government's legislation on the judiciary. The Marshal (or Speaker) of the Senate requested the Opinion of the Venice Commission on the latest Bill, provoking the Polish Government to claim that in both international law and Polish constitutional law the Executive has a monopoly on requesting such opinions from international organisations, and refusing to give official recognition to the visiting delegation from the Commission. The Senate also held hearings about the Bill before its committees voted to reject it. The Bingham Centre contributed to some of the international analysis of the Bill's compatibility with international standards on judicial independence (see below).

The European Parliament, meanwhile, adopted a resolution noting that the Rule of Law situation in Hungary and Poland had worsened rather than improved since the EU began enforcement action under its current Rule of Law mechanism, and renewed its urgent call for a new EU mechanism on democracy, the Rule of Law and fundamental rights.

Here in the UK the House of Lords debated the Rule of Law issues raised by the EU (Withdrawal Agreement) Bill, including the controversial clause 26 which threatens to undermine legal certainty by enabling lower courts and tribunals, not just the highest courts, to depart from CJEU interpretations of EU law that will remain part of our law after Brexit.