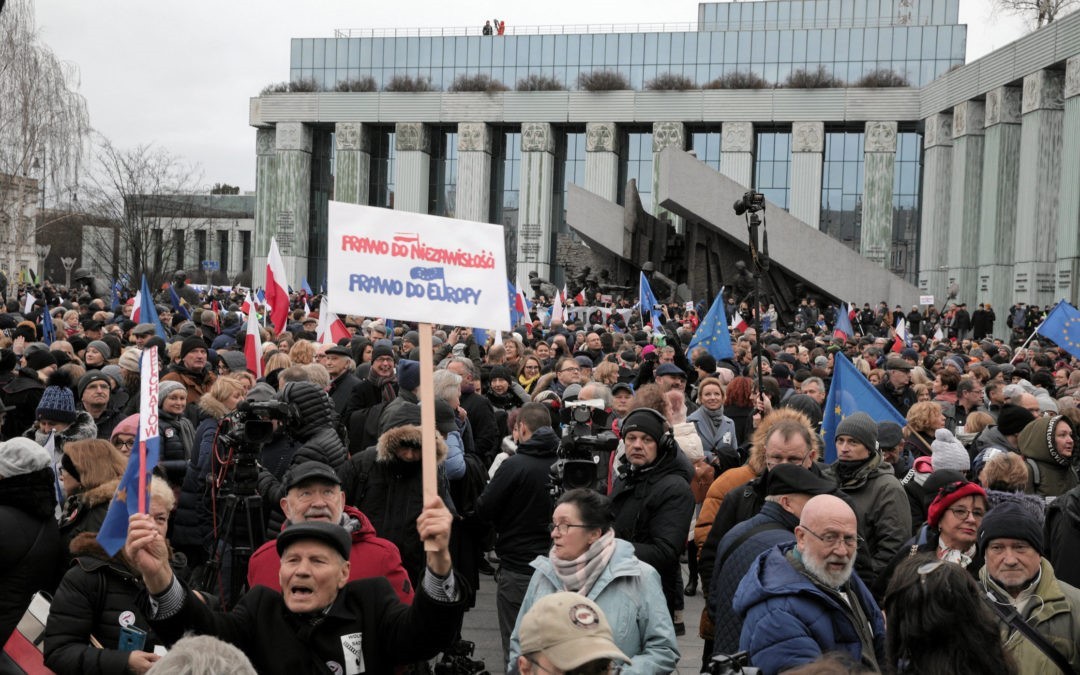 The constitutional limits on the ability of upper houses of parliaments to protect the Rule of Law in the face of a determined executive with a majority in the lower house were on full display this week.

In the UK, the House of Lords made a number of amendments to the EU (Withdrawal Agreement) Bill, including to remove the provision which will cause considerable legal uncertainty by enabling lower courts and tribunals to depart from CJEU interpretations of EU law, but all of the amendments were reversed in the Commons and the Lords did not insist on them.

In Poland, the lower house overturned the upper house's rejection of the controversial legislation on judicial discipline which further tightens the Government's control of the judiciary. The focus of the epic struggle over the Rule of Law in that country will now shift to the Court of Justice of the EU, after the European Commission applied to the Court for an interim order suspending the new disciplinary court for judges.

As The Economist observed this week, this standoff over judicial independence and other challenges to the Rule of Law is rapidly becoming an existential question for the EU. Our event with the RECONNECT project next week on precisely this subject could not be more timely. Our speakers on 30 January will include the lead author of a key European Parliament report, as well as Poland's Human Rights Commissioner. For further details and to book see the Upcoming section at the end of this email.