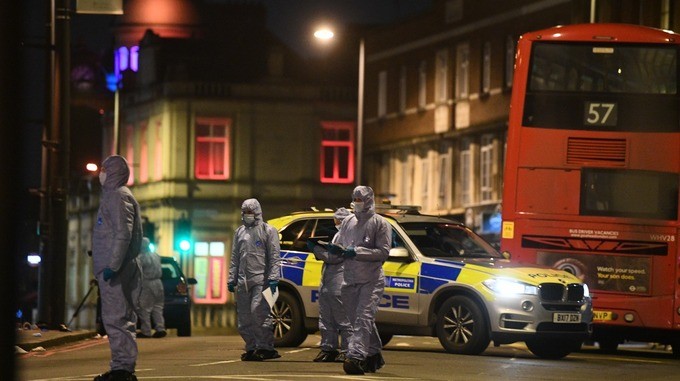 During a week in which, in the US, partisan polarisation about what the Rule of Law requires scaled new heights, with President Trump's acquittal by a 52-48 majority in the Senate, here in the UK there was a welcome example of cross-party agreement about the importance of the Rule of Law when responding to terrorist attacks such as the stabbings that took place on Streatham High Road last weekend.

"It is important to remember that we in this country stand for the rule of law and due process. That is what marks us out as different from those who rely on the bullet and the bomb—those who use indiscriminate and arbitrary means and methods to impose their will on us. If we stand for nothing else, we have to stand for the rule of law. That makes us better than them, it makes us different and it means that we have something worth defending."

So said the Lord Chancellor and Secretary of State for Justice, Rt Hon Robert Buckland QC MP, in The House of Commons this week, announcing the Government's proposed response to the knife attack in Streatham. The statement should be taken as earnest of this Lord Chancellor's intent: he will take very seriously his statutory duty to ensure that the Rule of Law is upheld within Cabinet and across Government. The proof will lie in the substance of the laws brought forward, and the Government's willingness to amend them if Rule of Law scrutiny demonstrates that necessity.

In the wake of two similar attacks by individuals recently released from prison under automatic early release laws, the Government is right to look again at whether our legal framework provides the adequate protection of our right to life that the Rule of Law requires. If not, the law must be changed. However, as the Lord Chancellor acknowledges, the change must itself be consistent with the Rule of Law and Parliament must be allowed to do its job of rigorously scrutinising the legal change to ascertain whether it satisfies that requirement.

The Government proposes to respond to these recent attacks by ending automatic release for terrorist offenders and extending the period served before being eligible for release from one half to two thirds of their sentence, including for serving offenders. Immediate assertions that such a response is manifestly unlawful are over hasty. Equally unhelpful are suggestions, thought to emanate from Government sources, that any questioning of the Government's response must be from out of touch lawyers who should not interfere with democratic law-making. Measures such as these require cool-headed, dispassionate and rigorous scrutiny by independent experts, so that the political process, where ultimately these issues must be resolved, is fully informed about how laws cohere with our fundamental constitutional values.

How the Government responds to the recent terrorist attacks on our streets will be an important test of its commitment to the Rule of Law, and when its Bill is published next week we look forward to reporting on it, as a contribution to the rigorous, independent scrutiny it will require.