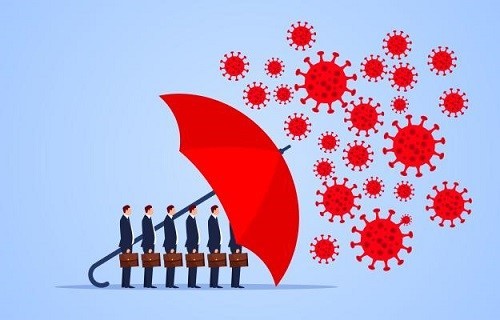 To combat the Coronavirus pandemic, countries around the world are making profound changes to their societies, in many cases by declaring states of emergency and passing emergency legislation. This inevitably has implications for the Rule of Law, which have troubled legislators and MPs even as they seek to act swiftly in response to the scale and urgency of the health crisis.

During the passage of the UK's Coronavirus Bill this week, for example, the former Minister, Steve Baker MP, was one of many voicing concerns relating to the Rule of Law. He did so in unusually strong terms, saying: "When I got into politics, it was with the purpose of enlarging liberty under parliamentary democracy and the rule of law. When I look at this Pandora's box of enlargement, discretion and extensions of power, I can only say what a dreadful, dreadful thing it is to have had to sit here in silence and nod it through because it is the right thing to do."

In this Weekly Update, we bring you news of how the Bingham Centre has engaged constructively with the Coronavirus Bill through reports published on Monday and Wednesday when the Bill was being considered by the House of Commons and the House of Lords respectively. Recognising the necessity of emergency legislation, which is urgently needed to underpin public health measures being taken now, we concentrated on the need for regular and evidence-based review of how the Bill's powers are exercised, as well as a strengthening of the sunset provisions that should bring it to an end when the powers are no longer necessary. Extraordinary measures such as those required to combat Covid-19 depend for their effectiveness on the trust of the public, and that trust in turn depends on there being adequate accountability for the exercise of such unusual powers.

Our work continues on other fronts. We held a successful virtual roundtable this week with the Independent Reviewer of Terrorism Legislation and a group of about 25 legal and policy experts. The week also saw one of our researchers appointed a trustee of Law for Life, the public legal education charity, as well as the publication of another colleague's analysis of the role of the previous Speaker, John Bercow MP, in the context of Parliament's decision-making and scrutiny of the Brexit process.