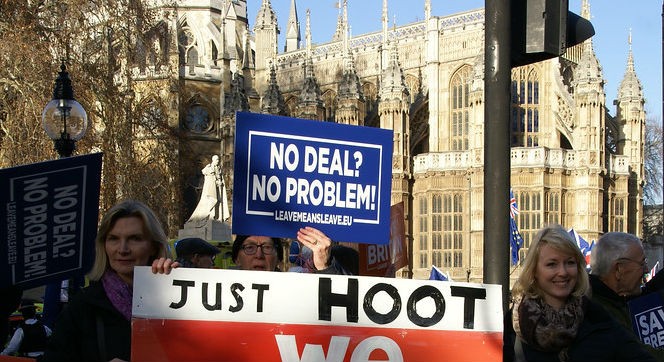 The dramatic haemorrhaging of the UK Prime Minister's political authority this week, culminating in the announcement of her resignation today, puts the risk of a No Deal Brexit firmly back on the political agenda. The UK's departure from the EU without a deal on 31st October would pose multiple challenges to the Rule of Law, including unprecedented legal uncertainty and the UK's ability to comply with the legally binding Good Friday/Belfast Agreement. Attention now needs urgently to focus on whether a No Deal Brexit is really just a policy choice which is open to the UK, or is unavoidably incompatible with this country's commitment to the Rule of Law. We look forward to playing our part in the coming months in a dispassionate and informed discussion of what is now the most pressing Rule of Law issue facing the UK.

Arguably the second most pressing Rule of Law issue in the UK, the crisis in the ability of ordinary people to secure effective access to justice, also rose to prominence this week with an excellent special report by Frances Gibb on Radio 4's PM which you can listen to here (from 05:50 to 18:30). Lord Neuberger, the former President of the Supreme Court, reflecting on the cumulative impact of many years of budget cuts affecting legal aid, the courts and the Crown Prosecution Service, concluded that, in the long run, the route we are going down will lead to a breakdown in the Rule of Law, and unless we change direction the Rule of Law will come seriously under threat. While severe cuts to the Justice budget are largely responsible, the report rightly points out that the legal profession and the courts themselves have a responsibility to come up with ways of ensuring proportionate justice, which will require imaginative approaches to the potential offered by digitalisation and ADR. Strengthening the Rule of Law by enhancing access to justice is a major priority for the Bingham Centre and we will also be very active in this space in the coming months.

Other significant Rule of Law developments this week in which the Bingham Centre has been actively involved include global efforts to tackle corruption, which were discussed by business leaders at the World Economic Forum in Geneva, and whether the Rule of Law imposes limits on freedom of speech in Parliament, prompted by the Lord Hain/Sir Philip Green affair, which were debated by the House of Lords.