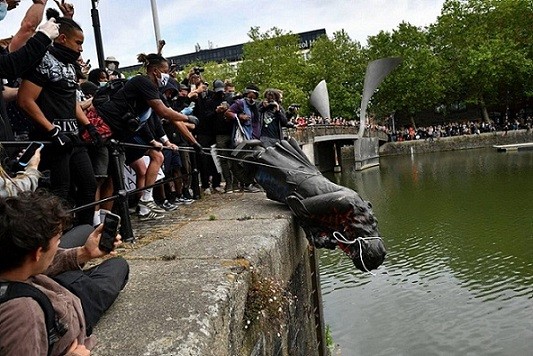 In an eventful week which began with Windrush Day , when the UK pays tribute to the contribution made to this country by the "Windrush Generation" of Caribbean migrants and their descendants, and saw the Home Secretary tell Parliament  that the Government accepts and will be implementing all 30 of the recommendations in the Windrush Lessons Learned Review , we held an online Roundtable of key actors to consider how, in the current climate of palpable anger at symbols, the focus remains on the practical actions needed to address the structural causes of systemic racism.

At the Roundtable, which was co-convened with the Oxford Centre for Global History , Professor David Olusoga, Baroness Valerie Amos, David Lammy MP, Yvette Cooper MP and Baroness Doreen Lawrence led a discussion about which of the Windrush recommendations should be prioritised for immediate action, what full implementation of those recommendations would look like, and how to ensure that there is effective scrutiny of that implementation, including by Parliament.

Participants at the Roundtable agreed about the need to ensure that implementation of the Windrush recommendations is not treated in isolation, but is part of an holistic approach, taking in the recommendations of the many other recent reviews which have identified specific actions required to address systemic inequality in areas such as policing, criminal justice, employment, housing, education and health, in order to achieve the Rule of Law's promise of the equal protection of the law. The Bingham Centre and the Oxford Centre for Global History intend to co-convene more roundtables soon for a deeper consideration of some of the themes which emerged from the discussion, including how to ensure a better understanding of how the UK's imperial past has contributed to the systemic discrimination identified by these reviews.