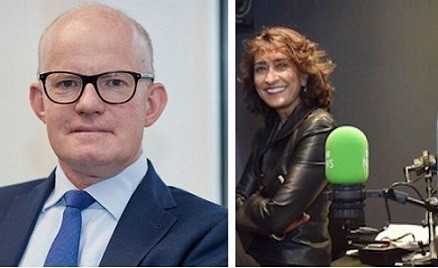 As we arrive back from the summer break we remember Lord Bingham, whose lifelong work on the Rule of Law we exist to take forward, on the 10th anniversary of his passing.

His explanation of the Rule of Law in his book of that name remains the most powerful and accessible account in the English language, and its continued vitality is demonstrated by the debates which are raging about the implications of the Government's UK Internal Market Bill both for the Rule of Law and the UK's international reputation. In Prospect  today our Director argues that the provisions in the Bill which give Ministers the power deliberately to breach international law, and immunising those powers from any judicial review, are a serious departure from the Rule of Law which, if passed, would inflict serious damage on the UK's international reputation for Rule of Law leadership.

We will be publishing a detailed Report on this controversial Bill early next week, as part of our Rule of Law Monitoring of Legislation Project, to inform Parliament's consideration of the Bill which starts with its Second Reading on Monday.

The website Politico also considered the Government's statement of its legal position and quoted Oliver Garner, Brexit Research Fellow who argued that the UK was "attempting to use parliamentary sovereignty to create a sort of emergency power of derogation. Some states have emergency powers enshrined explicitly in their constitutions. It perhaps says something about how fraught the government regards the political situation to be".