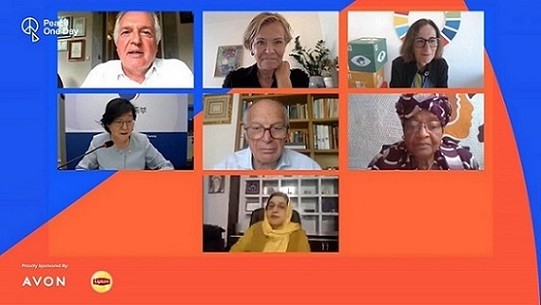 This week, former Prime Minister Theresa May joined her four living predecessors in condemning the Government's willingness, in its Internal Market Bill, to deliberately breach international law. In an extraordinary speech  in the Commons, the former Prime Minister dismissed the Government's amendment to its Bill which was intended to allay widespread concerns on the Government benches that the Bill is not only in breach of the Rule of Law but is so brazen about doing so that it destroys at a stroke the UK's international reputation for Rule of Law leadership.

On this same day that the former Prime Minister was reminding the Government of the importance of the Rule of Law, the Bingham Centre was taking an active part in an international celebration of UN International Day of Peace which takes place on 21st September each year.

We supported the Peace One Day Live Global Digital Experience , celebrating 75 years of the United Nations, and looking forward to a decade of action on Sustainable Development Goal 16 (SDG 16), to promote just, peaceful and inclusive societies.  Lord Neuberger of Abbotsbury, former president of the UK Supreme Court, took part on behalf of the Bingham Centre in a panel discussion on a Decade of Action for Peace.

Read our full Weekly Update here, which includes an upcoming event on 6th October. A follow up to the popular online conversation with Lord Sumption earlier in the summer, we will be hosting Baroness Hale in conversation on Safeguarding London's Standing in International Dispute Resolution: The Rule of Law and Judicial Independence in Practice.