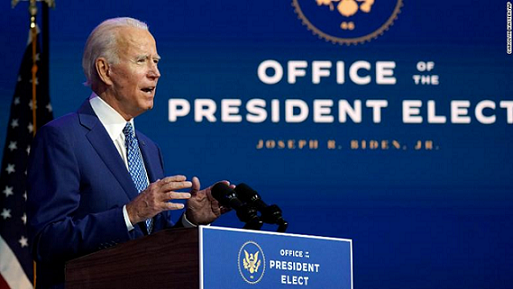 This week saw two powerful reminders of the importance of governments walking the walk as well as talking the talk when invoking the Rule of Law.

When President Lukashenko of Belarus claimed a landslide win in the country's recent presidential election, the Trump administration spoke out on behalf of "the right of its people to freely and fairly elect their own leaders" .

Yet more than ten days after the US Presidential election, President Trump is waging a concerted campaign to undermine public confidence in the integrity of the US electoral system in an unprecedented attempt to de-legitimise the outcome of that election in the eyes of his supporters, notwithstanding the lack of evidence of voter fraud or irregularities and the fact that President-Elect Biden won the popular vote by a margin of some five million. As many commentators are pointing out, the outgoing President's behaviour only compounds the damage already done to the US's international reputation  as a Rule of Law regarding democracy.

You can listen to Shadow Foreign Secretary Lisa Nandy's reflections on the US elections and their implications for UK foreign policy, in conversation with our Director and colleagues from the Bar, in the latest Matrix Law Pod. You can also read a more optimistic take on recent events in the US, focusing on the robustness of the US's electoral institutions notwithstanding the President's attempts to undermine them, in this FDI intelligence piece.