Part 3 of the Counter-Terrorism and Sentencing Bill contains proposed amendments to the Terrorism Prevention and Investigation Measures Act 2011. These include:

(a) the creation of a polygraph testing measure, and

(b) the removal on the two year time limit for a Terrorist Prevention and Investigation Measure (TPIM).

The polygraph measure would apply to those only suspected of a crime and allow them to be convicted of an offence for failure to comply with a polygraph test. The results of a polygraph test could also be adduced in civil proceedings against them even though the courts have said that reliance on this kind of material is inherently wrong.

The most important reform that Parliament introduced in 2011 when it replaced control orders with TPIMs was the removal of the indefinite duration of the measures. Parliament should be very slow indeed to reverse that decision. There is strikingly little evidence that there is a serious issue with the existing law, given the magnitude of the proposed change. There is no evidence of how often the situation arises or the degree of risk posed to society.

For these reasons, we argue that these two measures in the Bill should not be approved. 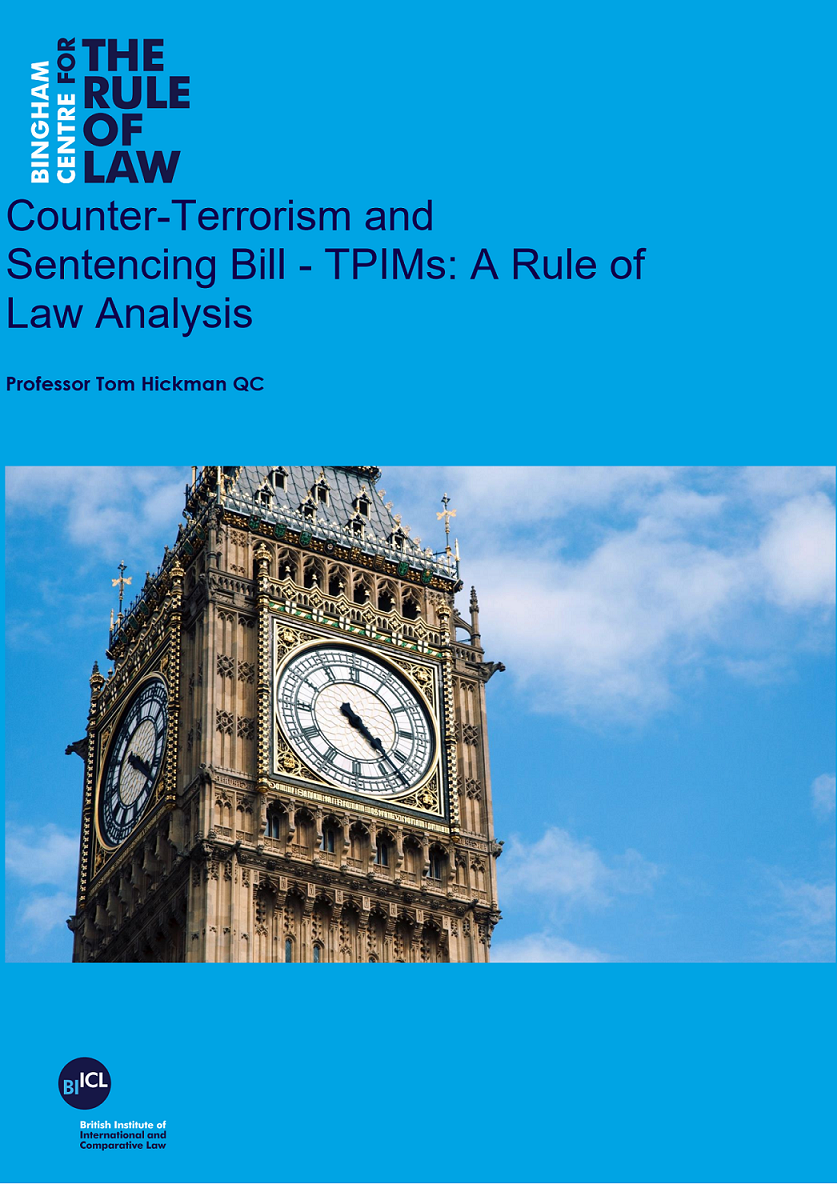