Northern Ireland Protocol Bill: A Rule of Law Analysis of its Compliance with International Law

This Report analyses the justification for the Government's legal position that the Northern Ireland Protocol Bill is lawful under international law.

It has been prepared in order to assist parliamentarians in their preparation for the Bill's Second Reading in the House of Commons.

The Government, in their statement summarising the Government's legal position, accept that the Bill involves the non-performance of international legal obligations, but claim that this is justified in international law under the doctrine of "necessity", which is recognised in Article 25 of the Articles on Responsibility of States for Internationally Wrongful Acts (2001).

For the Government to be able to rely on the international law doctrine of necessity in Article 25 would require that:

• the Bill is "the only way" to proceed,

• implementation of the Protocol constitutes a "grave and imminent peril" to an essential interest of the UK,

• the Bill does not "seriously impair" the essential interests of the EU,

• the Protocol does not "exclude the possibility" of advancing necessity, and

• the UK has not "contributed to the situation of necessity".

It is impossible to see this Bill as being the only way to proceed when the Government has already reserved the right to proceed under Article 16 of the Protocol. Furthermore, even though negotiation with the EU is clearly difficult, it still represents another way to resolve these issues.

It is difficult to see antipathy by some in Northern Ireland to the Protocol and a refusal by a minority of elected politicians to form an Executive or Assembly reaching the very high bar of constituting a grave and imminent peril.

The Bill removes a great many protections from the Protocol, and it is difficult to see how these do anything other than seriously impair the essential interests of the EU. The existence of a formal and bespoke mechanism within the Protocol for dealing with these kinds of emergencies implicitly precludes the possibility of also advancing necessity outside the terms of the Protocol.

It is for Parliamentarians themselves to judge whether the Government has contributed to this situation, but previous attempts (in the UK Internal Market Bill) to break the Protocol do not set a good precedent.

Under Article 27 of the Articles on State Responsibility, even if this Bill is passed, and even if "necessity" was recognised by an international court, the EU would still be entitled to seek damages from the UK for this breach of an international obligation.

In the absence of justification, the Bill, as the Government accepts, breaches the UK's international obligations under the Northern Ireland Protocol. Parliament ought not to be complicit in such direct breaches of international law and should refuse the Bill a Second Reading. 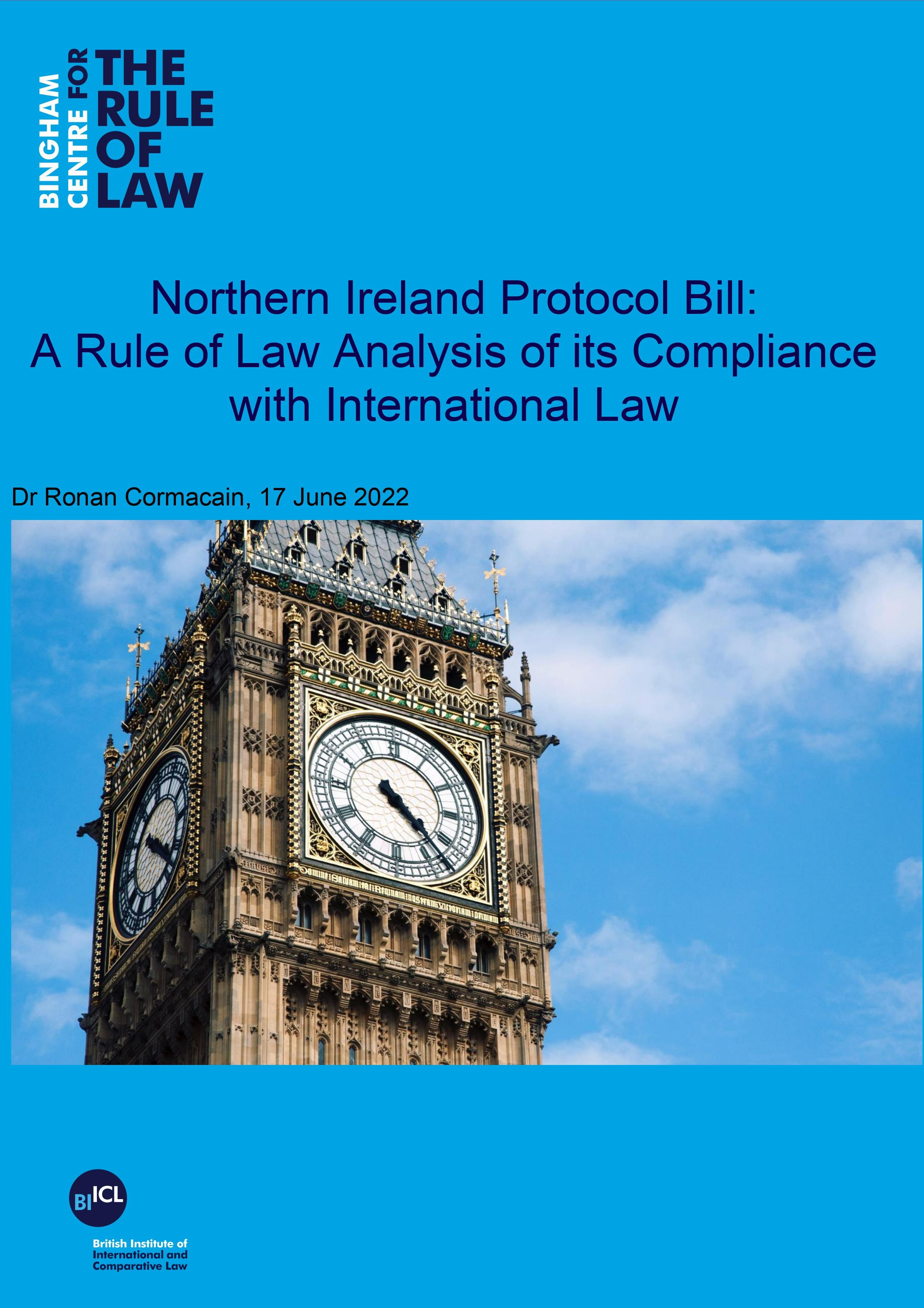