This Report sets out in brief the Bingham Centre's Rule of Law analysis of clauses 44 to 47 of the UK Internal Market Bill, to inform the consideration of those clauses by the House of Lords at the Bill's Committee Stage on Monday 9 November.

This is an updated version of our Report prepared for 2nd Reading in the House of Lords. For those who have read that Report, there are only minor updates in this Report.

The Report concludes that these clauses seriously damage the Rule of Law and the UK's international reputation as a Rule of Law regarding nation. It recommends that members should support Lord Judge, Lord Falconer, Lord Howard and the Lord Bishop of Leeds, who have indicated their intention to oppose the question that clauses 42 to 47 stand part of the Bill.

In clauses 44 to 47 of the Bill, the Government is asking Parliament to legislate incompatibly with the Rule of Law in two respects.

Second, the clauses seek to immunise those ministerial regulations from any meaningful legal challenge, placing them beyond effective review by the independent courts. While the Government asserts that the Bill preserves access to judicial review, the practical effect of the provisions in the Bill is to create a monumental ouster clause of unprecedented scope. Preventing access to courts to challenge the legality of ministerial actions is also a fundamental departure from the Rule of Law.

Lords members must ask themselves if their conscience allows them to support such an unprecedented request to approve in principle a Bill containing provisions which depart so significantly from the requirements of the Rule of Law. As Lord Judge said in the 2nd Reading in the House of Lords.

"The rule of law is a bulwark against authoritarian incursion, and even the smallest incursion threatens it. When those responsible for making the law—that is, us the Parliament, we the lawmakers, who expect people to obey the laws we make—knowingly grant power to the Executive to break the law, that incursion is not small. The rule of law is not merely undermined, it is subverted". 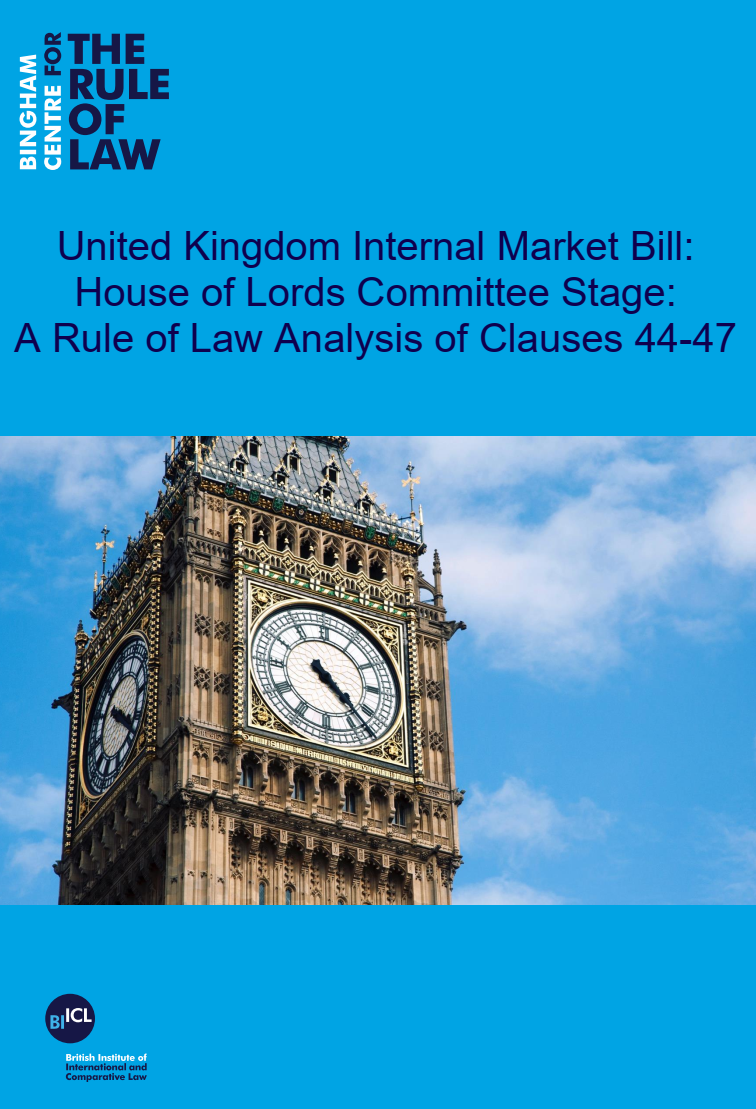