UN General Assembly Side Event on Parliaments and Human Rights 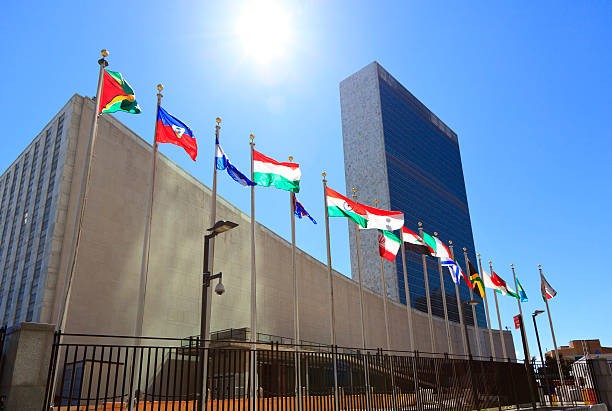 A side event at the UN General Assembly in New York on Increasing Parliaments' Engagement with Human Rights took place on Monday, 14 October 2019.

The side event was co-organized by the AHRC-funded Parliaments, Rule of Law and Human Rights research project led by Murray Hunt, Director of the Bingham Centre for the Rule of Law and Visiting Professor of Law at the University of Oxford, and the PI on the project.

The side event was attended by approximately 70 people, including ambassadors or representatives from the Permanent Missions of 24 States, parliamentarians and civil society groups.

It was co-organized with the UN Office of the High Commissioner and Universal Rights Group. Reflecting the breadth of international support for parliamentary engagement with human rights, the side event has been co-sponsored by nine permanent missions to the UN: Chile, Ecuador, Georgia, the Maldives, Morocco, the Philippines, Portugal, Romania and Spain.

Murray Hunt said: "Democratising the rule of law and human rights is an idea whose time has come. Increasing the role of elected politicians in protecting the rule of law and human rights can make those protections both more practically effective and more democratically legitimate. As the world enters a particularly dangerous phase of its history, increasing the strain on these bedrock values, we need more than ever a global framework which will promote more democratic dialogue, deliberation and debate about civilisation's most fundamental commitments. This side event is an important step in the process leading to eventual international agreement on some principles and guidelines which could help bring about a step-change in the practical realisation of those universal ideals."

You can read further details here 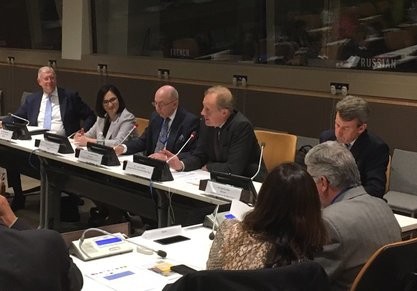 The panel at the UN side event on "Strengthening Parliaments' engagement with Human Rights" in New York: (from left) Gianni Magazzeni, Chief of the UPR Branch, UN Office of the High Commissioner for Human Rights; Sopio Kiladze MP, Chairperson of the Georgian Parliament's Committee on Human Rights; H.E. Mr Luis Gallegos Chiriboga, Ambassador, Permanent Mission of Ecuador to the UN; Andrew Gilmour, UN Assistant Secretary General for Human Rights; and Murray Hunt, Director of the Bingham Centre for the Rule of Law. 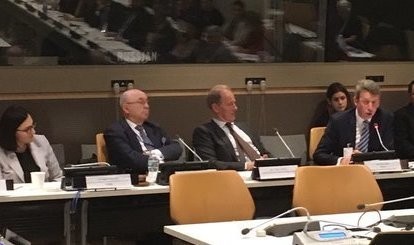 Murray Hunt addressing the side-event at the UN General Assembly