Closed Material Proceedings Under the Justice and Security Act: A Review of the First Report by the Secretary of State

Closed Material Proceedings Under the Justice and Security Act: A Review of the First Report by the Secretary of State

The first version of this report was published in August 2014.  It identified inconsistencies between the Secretary of State's report and the information in the public domain.  As a result of the publication, further material came to light.  The Ministry of Justice wrote to the Centre indicating that the work would inform future reporting practices.

The second version of the report - which is this document - was published in December 2014.  It includes that further information and the letter from the Ministry of Justice. 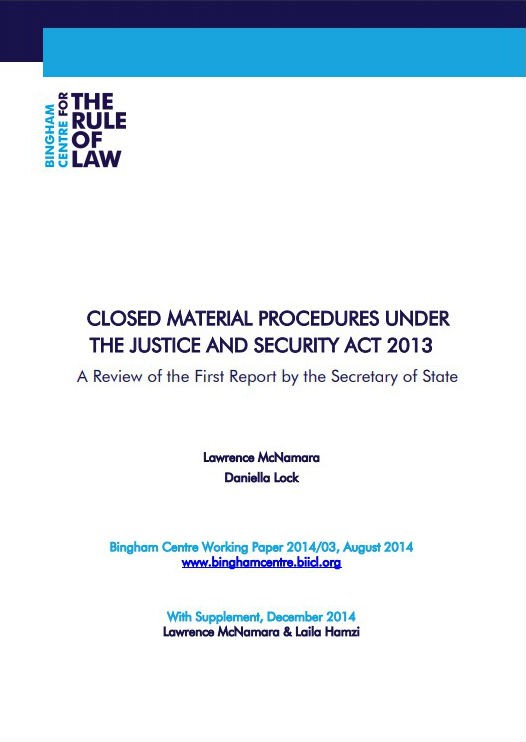