Most governance and decentralization reforms tend to prioritise transfers of powers from the central to local governments(LGs). This has resulted in greater decision-making, administrative functions and oversight, including concerning the delivery of public services, taxationor other socio-economic policies. There is growing interest and evidence on whether and how corruption impacts decentralisation (as opposed tocentralised systems).

Building on the existingliterature on clientelism and corruption in LGs (Volintiru et al 2017), this paper evaluatesperceptions of corruption and corruption risks across LGs in the EU and non-EU periphery states.It also focusses on key administrative functions, such as procurement and the delivery of public services. The paper is based on a mixed methods approach.An expert survey (administered to experts from the public sector, academia, civil society etc) was designed to systematically evaluate the main forms of corruption occurring at the subnational level(e.g. nepotism, preferential allocation of public contracts, etc), while case studies provide illustrative examples of corrupt or good practices at the LG level in the selected countries.

The findings suggest that administrative capacity of local governments appears to be higher in EU member states than non-EU member states. Nepotism and public procurement issues are seen as the greatest corruption risks across regions, and favouritism in public procurement appears to be the largest issue in the Western Balkans and EaP.Political parties stand out as having the weakest internal governance across all three regions. Conversely, the courts and the police are perceived to be the most effective institutions at local level. Addressing corruption, it is argued, calls for a mix of measures, ranging from better enforcement mechanisms, more transparency, accountability and participatory measures.The paper provides some examples of these.

The paper is available here 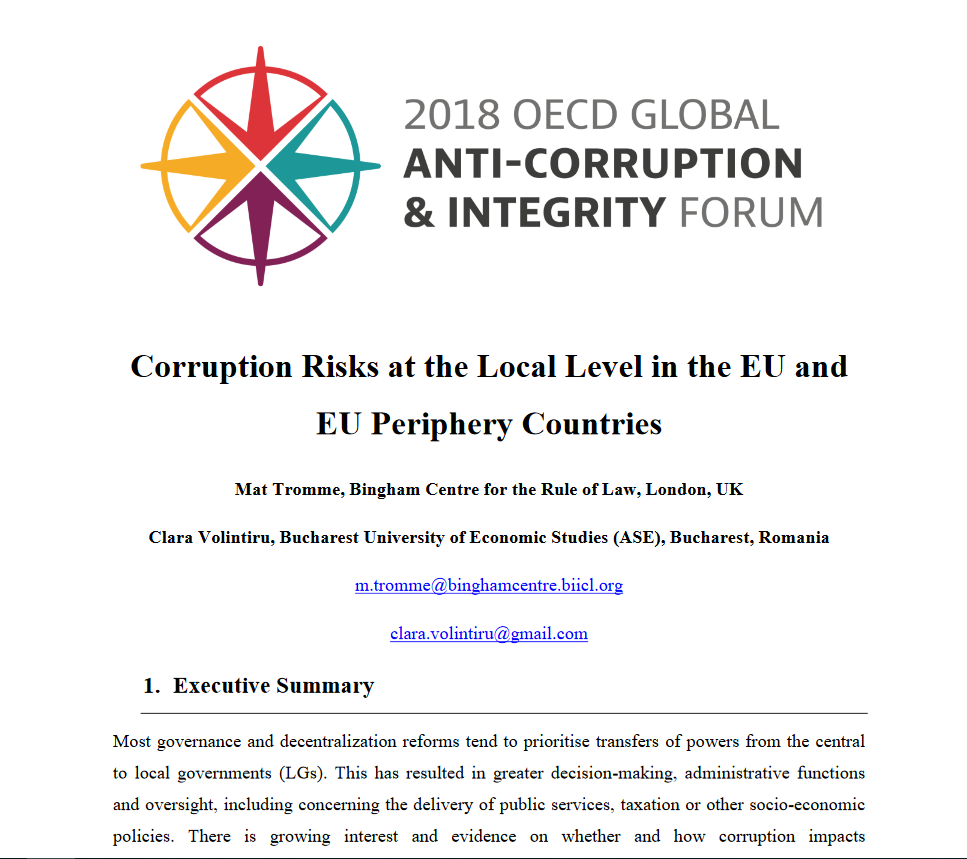