Global developments in the role of parliaments in the protection and promotion of human rights and the rule of law: An Emerging Consensus

This Report presents the findings of a worldwide survey of the most significant global developments in the role of parliaments in the protection and promotion of human rights and the Rule of Law. Drawing together developments at the international and regional level, the Report demonstrates that there is a growing international consensus about the importance of the role of parliaments in this respect, and growing activity towards achieving this. It found a distinct global trend of a turn towards parliaments to protect and promote human rights and the Rule of Law, not as an alternative to courts and other institutional means of providing such protection, but to complement those other institutions. After reviewing examples of best practice from around the world, the report concludes that more needs to be done to reach those parliaments which do not currently engage with the international human rights and Rule of Law machinery. Noting that there exist internationally agreed principles on National human Rights Institutions and the Relationship between Parliaments and such NHRIs, but no principle or guidelines to assist parliaments to develop their role, the Report recommends that the desirability of such an internationally agreed set of Principles on parliament and human rights now be actively explored. 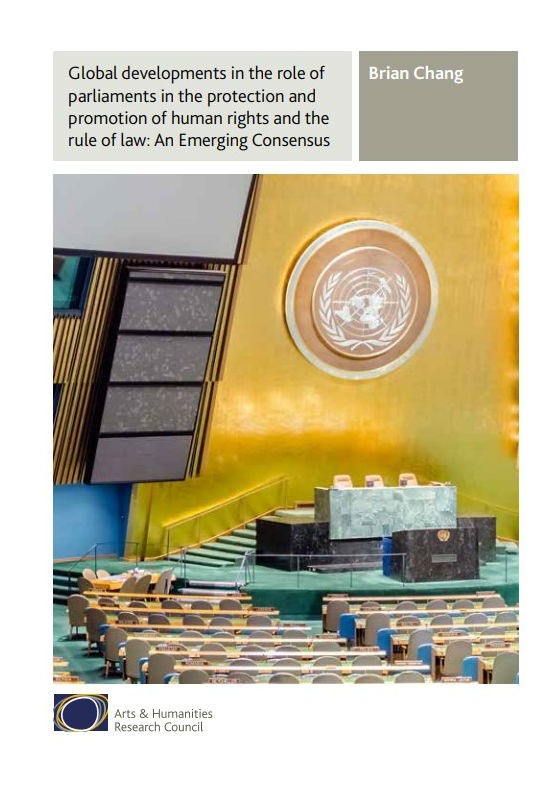