Global developments in the role of parliaments in the protection and promotion of human rights and the rule of law: An emerging consensus – 2018 update

This Report updates the earlier global survey, reviewing developments since the earlier survey was concluded. The Update found that the emerging consensus identified in the earlier Report had continued to develop and was now even more firmly established at regional and international level. The move towards increased parliamentary engagement was gathering momentum both at regional level and in international organisations such as the UN. Noting the endorsement of the UN Secretary-General for the idea of some internationally agreed Principles on Parliaments and Human rights, the Report recommended that such further steps be taken, to enable parliaments to realise their full potential as significant actors in bridging the implementation gap and and bringing about the long term shift from a culture of reaction to a culute of prevention in the protection of human rights. 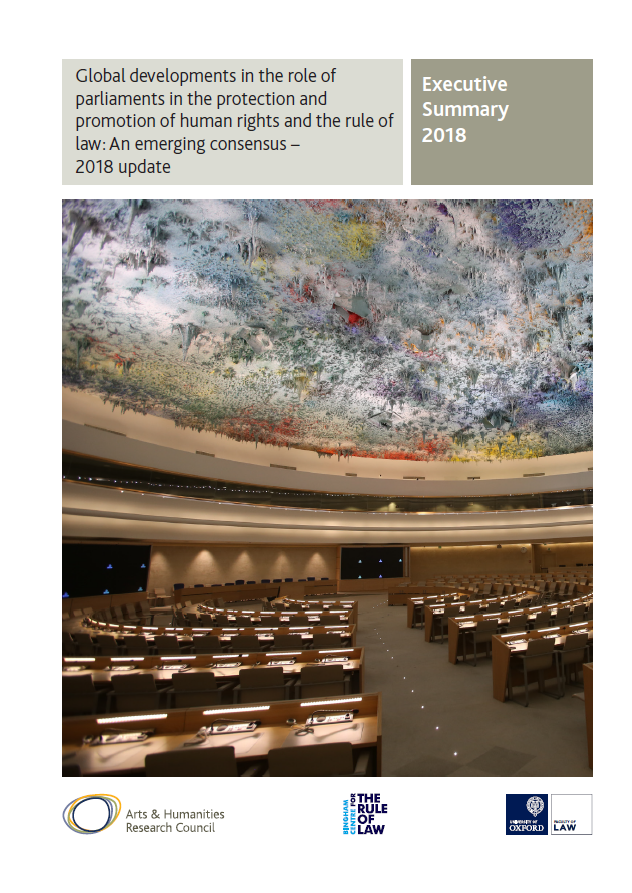