This Report sets out the Bingham Centre's Rule of Law analysis of the Terrorist Offenders (Restriction of Early Release) Bill, to inform the House of Lords consideration of the Bill on Monday 24th February.

The Bill has been introduced as "fast-track legislation" (ie. an emergency Bill) and will complete all its Lords stages in a single day. The Bill is the Government's response to the recent terrorist attacks at Fishmongers' Hall and in Streatham, both committed by individuals recently released from prison under the current law on automatic early release, following their conviction for terrorism offences. The purpose of the Bill is to ensure that terrorist offenders are not automatically released before the end of their custodial term without the Parole Board's agreement. The Bill also changes the release point for such offenders from the halfway point and refers them to the Parole Board at the two-thirds point of their sentence. These changes will apply to offenders who are currently serving a custodial sentence but have not yet been released. 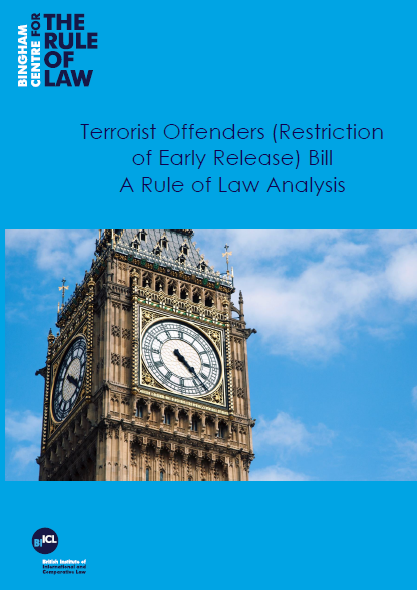