This Report is intended to inform and assist parliamentarians in their deliberations on the Northern Ireland Protocol Bill, due for Committee Stage on 13, 18 and 19 July in the House of Commons.

There are two serious Rule of Law concerns with the Bill. The first is that it seeks to depart unilaterally from the terms of an international agreement with the EU. Such a move is not in compliance with international law and thus undermines the Rule of Law and the international rules-based order.

One solution to this Rule of Law problem would be to introduce a prior condition before these changes take effect - that prior condition is either that these changes have been agreed with the EU, or else that these changes have followed the procedure set out in Article 16 of the Northern Ireland Protocol. We recommend that MPs vote in favour of the amendment tabled as amendment NC10 which would implement this solution. This amendment does not rule out the UK taking unilateral action in the future, so long as it follows the procedure set out in the Protocol.

There are other amendments tabled which would partially address this Rule of Law concern by introducing a parliamentary trigger which must be pulled before these changes take effect. These amendments would not necessarily prevent a breach of the Rule of Law, merely delay the possibility and introduce an additional hurdle to be cleared. They are therefore additional to the recommended amendment but are not a substitute for it.

The second Rule of Law concern is that the Bill contains excessively wide ministerial powers, including powers for ministers to amend or repeal Acts of Parliament (Henry VIII powers), with insufficient safeguards for the exercise of these powers.

One solution to this Rule of Law concern would be to change the threshold before these powers can be exercised, from "the Minister considers appropriate" to "is necessary". We recommend that MPs vote in favour of amendments which would make this change. There is no amendment currently tabled which directly addresses the existence of the Henry VIII powers. 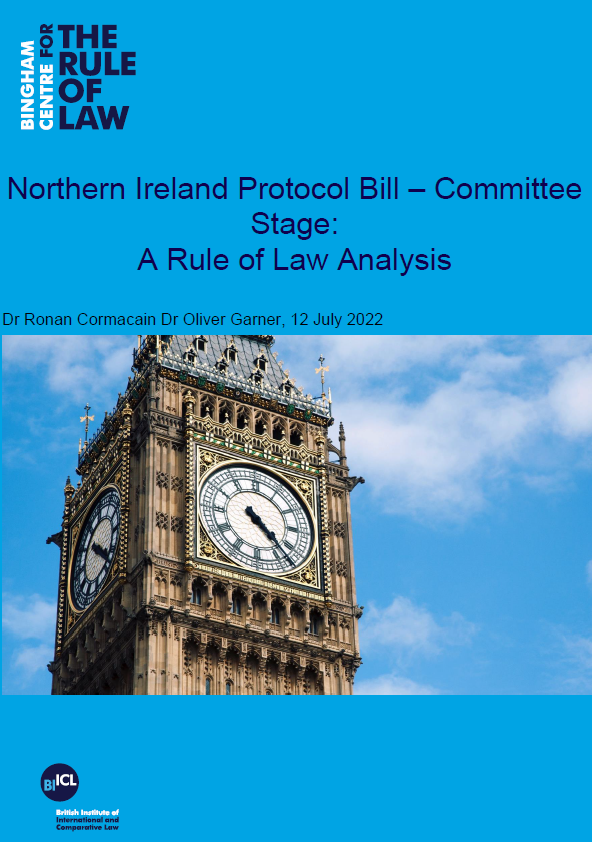