This Report provides a Rule of Law analysis of the Nationality and Borders Bill to coincide with Commons Consideration of Lords Amendments on 20th April 2022. It focuses only on the outstanding differences between the House of Lords and House of Commons. It supplements our four previous Reports analysing the Bill in greater detail.

Lord Cormack, a Conservative MP for 40 years asked the House of Commons to consider "your country's reputation and your Parliament's reputation as an upholder of the rule of law, nationally and internationally". We make the same request. The safeguards introduced, and agreed to by both Houses, on deprivation of citizenship without notice are to be welcomed.

Clause 9(5) to (7), however, retroactively changes the law to validate unlawful deprivation of citizenship without notice. The House of Lords voted to remove these provisions. Retroactively penalising citizens ought to be exceptional, and no justification has been offered. It undermines legal certainty, the right to a fair trial and interferes in the exercise of justice in individual cases if the Government can change the law to legitimise its past unlawful conduct in relation to individuals after it loses a case.

We recommend that MPs agree with the House of Lords and vote to remove clause 9(5) to (7).

The House of Lords inserted a new clause that Part 2 of the Bill is to be read so as to give effect to the UK's international obligations under the Refugee Convention. We remain gravely concerned that provisions in the Bill would breach the Convention. The House of Lords amendment would help make clear to courts that Parliament does not intend the Bill to breach the Refugee Convention. On the basis that all sides of the debate seek compliance with the Convention, there is no valid reason for not stating this on the face of the Bill.

We recommend that MPs agree with the House of Lords and vote to include the clause interpreting the Bill in accordance with the Refugee Convention.

The House of Lords rejected a provision in clause 11 that allowed for a two-tier refugee system, with Group 1 refugees having full rights, and Group 2 refugees having lesser rights. We agree with the United Nations High Commissioner for Refugees that such differential treatment is inconsistent with the Refugee Convention. Refugees should not face differential treatment based on how they arrive in the UK, nor what countries they pass through on their way here. The House of Lords amendment provides that all refugees are entitled to their rights under the Refugee Convention, and that clause 11 does not affect the ability to maintain the unity of families.

We recommend that MPs agree with the House of Lords and vote to ensure compliance with the Refugee Convention and the right to family unity. 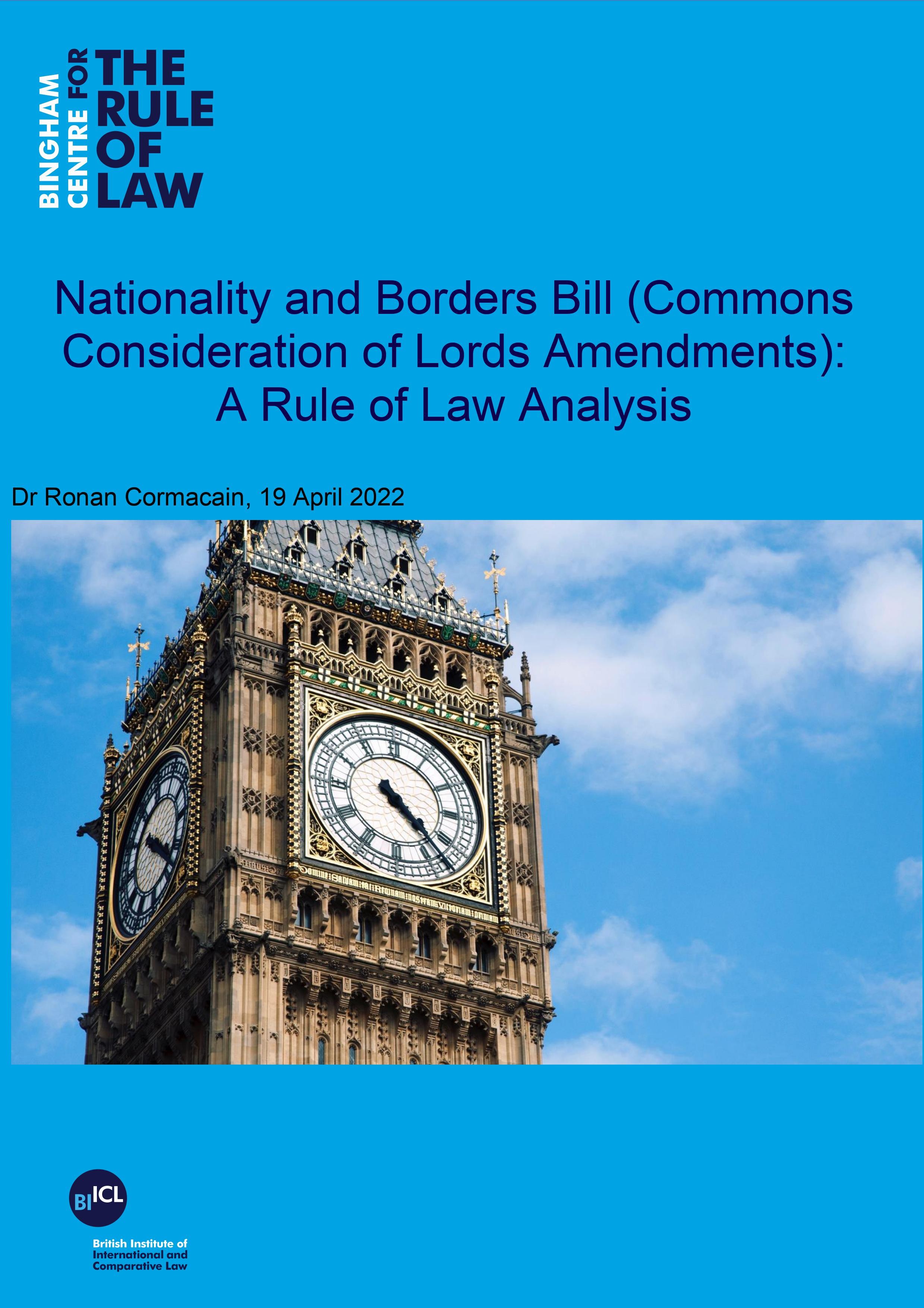