This is the Executive Summary of the Bingham Centre's Second Report on the Terrorist Offenders (Restriction of Early Release) Bill, to inform the House of Lords consideration of the Bill on Monday 24th February. The Bill has been introduced as "fast-track legislation" (ie. an emergency Bill) and will complete all its Lords stages in a single day. 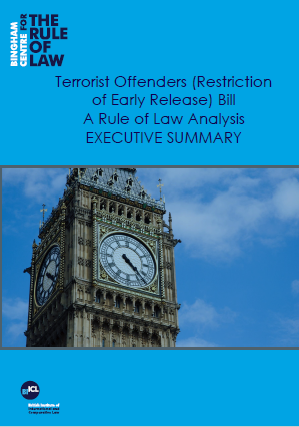