This study broke new ground in the UK by undertaking a systematic review the ways in which the Rule of Law was being used a point of reference in Parliament. A large volume of data was analysed, consisting of all the legislative debates in the House of Commons and House of Lords during a two-year period, as well as the oral and written proceedings for oversight of the Executive in both Houses. The study located and analysed nearly 1,200 distinct instances in which reference was made to the Rule of Law. A number of trends were identified. Most strikingly, parliamentary scrutiny of the Executive concerning the Rule of Law appears to have been concentrated in the area of foreign affairs, and lacking in relation to government activities within the UK. The Rule of Law was mentioned numerous times in debates on foreign affairs and international development, but without detailed consideration of the particular relevance of the Rule of Law for those issues, or what the Rule of Law required in the context of those issues. Rule of Law issues arising in the UK were debated more frequently and in greater depth in the House of Lords than the House of Commons. The high water mark of Parliament's engagement with the Rule of Law during the research period was the Criminal Justice and Courts Bill, which proposed to restrict access to the procedure for judicial review of public bodies in a number of ways. Members of the House of Lords referred extensively to the Rule of Law when they argued successfully for an amendment which restored much of the judicial discretion over the initiation and conduct of judicial review proceedings. This outcome suggests that Rule of Law arguments were persuasive in Parliament. 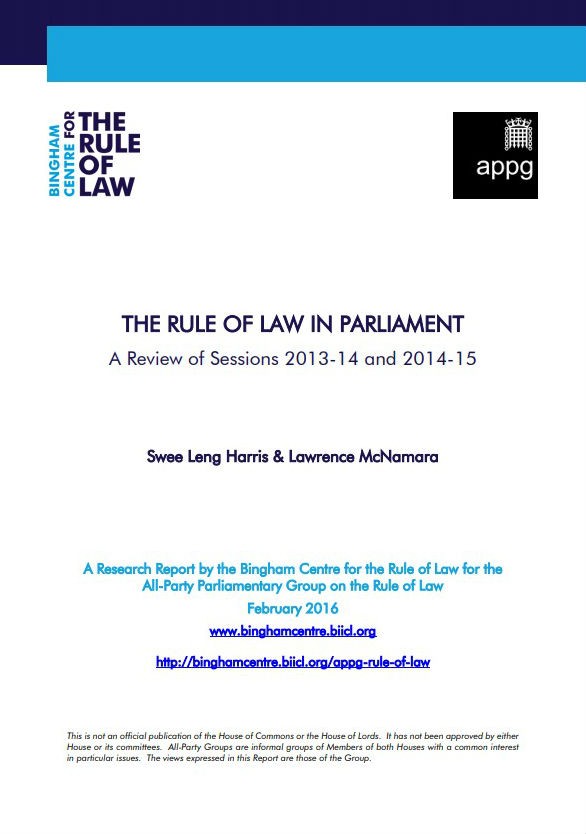