This study built on the Bingham Centre's first Rule of Law in Parliament report by examining the use of the Rule of Law as point of reference in Parliament in the next year's session (2015-2016). The findings demonstrate continuity of certain trends, but also some significant new developments. Compared with the previous period, the House of Commons overtook the House of Lords in supplying a clear majority of the 653 distinct references to the Rule of Law that were located and analysed. Foreign affairs continued to form the largest subject matter category, about half of all references. This included parliamentary discussion of the Rule of Law in Turkey, Hong Kong, Eritrea and China. Leading UK contexts in which the Rule of Law was discussed included the governance structures of Northern Ireland, the Immigration Bill, the office of Lord Chancellor (with its statutory duty to defend the Rule of Law, placing the Cabinet minister responsible for the justice system under a special obligation), and policy responses to radicalisation and extremism.

The report included a separate assessment of the work of parliamentary committees referred to the Rule of Law in their reports, during discussions and in committee correspondence. Certain committees provided strong examples of how the Rule of Law can be a used as a tool for legislative scrutiny at the committee stage. For example, the House of Lords Select Committee on the Constitution employed Rule of Law concepts and the term 'Rule of Law' in a variety of different contexts, including to criticise lengthy and vaguely worded legislation and expansive executive power.

A number of recommendations were made on the basis of the findings in this report. Parliamentarians were urged to refer to the Rule of Law where appropriate in parliamentary proceedings, on matters of domestic as well as foreign affairs. The report made specific recommendations in relation to holders of Executive and shadow Executive portfolios, as well as parliamentary committees. It also looked ahead to the challenges of Brexit in the wake of the June 2016 referendum, warning that the scale and complexity of the law reform process necessary to give effect to Brexit in UK law will likely give rise to a temptation to delegate large swathes of legislative power, including Henry VIII clauses allowing the amendment of primary legislation. Parliament would have an important part to play in safeguarding the Rule of Law in this context. 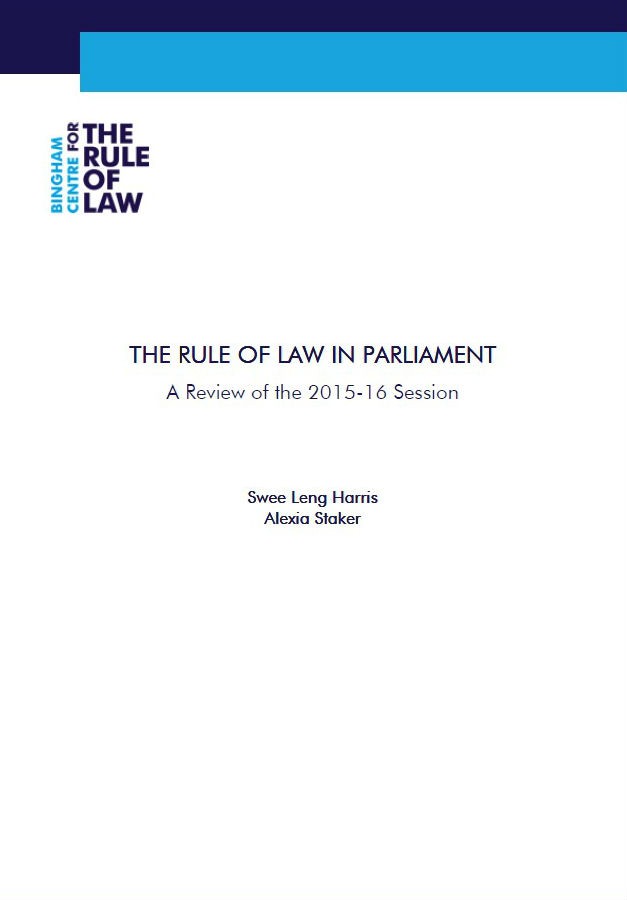