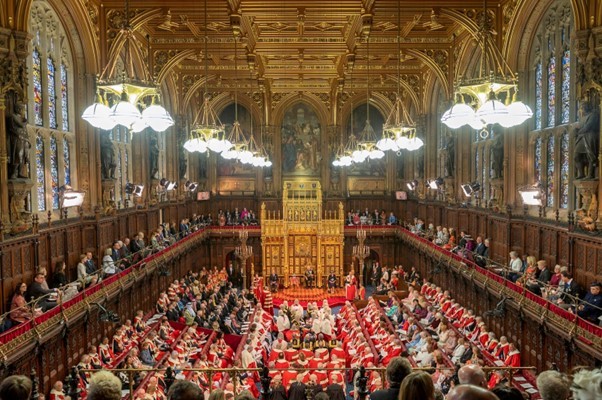 The UK Government's legislative programme for 2022-2023 was announced in the Queen's Speech in Parliament on Tuesday. In accordance with tradition the speech was written by the Government and it was read on this occasion by Prince Charles.

It is curious that the speech did not explicitly mention the Government's plans to legislate contrary to the Northern Ireland Protocol to the UK-EU Withdrawal Agreement. Perhaps this was a tactful omission which saved the monarch's representative from having to say that the UK planned to breach its international obligations. Media reports suggest that such plans are well advanced and have been approved as lawful by the Attorney General, despite the furore over previous attempts to authorise contraventions of the Protocol through clauses that were initially included the UK Internal Market Bill 2020 (the Bingham Centre reported on those clauses at the time, and they were ultimately dropped from the Bill).

The Queen's Speech does include a range of legislative proposals that will require Rule of Law scrutiny in the coming months. This week, we start our Update by highlighting some proposals that the Bingham Centre has already engaged with. These include: replacing the Human Rights Act with a Bill of Rights that takes a new approach to the UK's commitments to the European Convention on Human Rights; a "Brexit Freedoms Bill" to facilitate departures from retained EU law; and the reintroduction of controversial protest measures in a Public Order Bill.

We also bring you news of a strikingly different set of parliamentary proceedings in the European Parliament, where proposals from the Conference for the Future of Europe were announced.

This edition of the Weekly Update also features a "webathon" of the International Bar Association in which high-level speakers addressed Rule of Law challenges and the Bingham Centre's Dr Julinda Beqiraj explored their importance in the context of the UN Sustainable Development Agenda. We conclude with news of a job opportunity at the Modern Slavery PEC for a Lived Experience Manager. The role is open to applicants who have lived experience of modern slavery.