The standards in this report highlight the centrality of the Rule of Law to the legislative process in Parliament. The normative framework applied by parliamentary committees when scrutinising delegated powers and delegated legislation is principally concerned with limiting the government's legal discretion to legislate, ensuring that both legislation and the reasons for legislating are as accessible and as clear as possible, and securing the opportunity for parliamentarians to hold the government to account for changing the law. These are not simply technical considerations, but instead a particular set of public law principles designed to defend Parliament's institutional role in the legislative process.

In considering how Parliament's scrutiny of delegated powers and delegated legislation can be improved, it is important to understand the normative framework that is currently applied by parliamentary committees. Parliamentary committees have limited powers to effect changes to the way that government approaches the legislative process. However, each of the parliamentary committees examined in this report may be able to strengthen their scrutiny by providing more detailed and specific guidance to government on the standards that they apply to delegated powers and delegated legislation based on their previous reports. A more prescriptive approach to scrutiny may help to address some of the concerns repeatedly raised by the committees in their reports and may also serve to strengthen the Rule of Law. 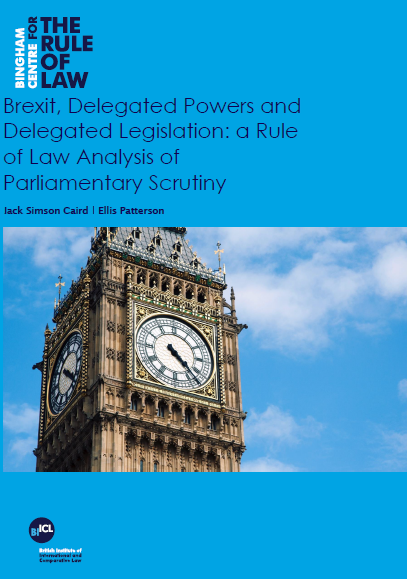