Expert analysis of the applicability of Article 6 of the European Convention on Human Rights to the constitutional courts of the States Parties, requested by the Polish Commissioner for Human Rights in the context of the case K 6/21

Bingham Centre for the Rule of Law

This expert analysis considers the applicability of Article 6 of the European Convention on Human Rights (ECHR) to the constitutional courts of the States Parties. Article 6 ECHR guarantees the right to a fair trial before a tribunal established by law for individuals whenever their civil rights and obligations or criminal liabilities are in question. The States Parties to the Convention have explicitly granted the European Court of Human Rights the competence to interpret and apply this provision. As a result it has the authority to review the internal arrangements of the judiciary under Article 6 ECHR. A court or tribunal must, among other requirements, be independent and impartial, free of undue influence from the executive, and composed of appointees of the highest merit who have been selected in accordance with the domestic rules.

In settled case-law dating back to the 1990s, the Strasbourg Court has been clear that, despite their special role, constitutional courts will fall within the scope of a "tribunal" whenever they exercise judicial functions. The Court's case-law regarding constitutional courts in Germany, France, Austria and Switzerland, amongst others, has clarified that constitutional courts will be subject to the obligations of Article 6 ECHR whenever their proceedings are decisive for individual rights and obligations or capable of affecting the outcome of the dispute before ordinary courts. The condition of a "tribunal established by law" includes judicial appointments, and requires that such appointments are in conformity with domestic law.

The expert analysis concludes that the Polish Constitutional Tribunal falls under the definition of a "tribunal" whenever the exercise of its function in determining the hierarchical compliance of provisions and normative acts with the Constitution is decisive for civil rights and obligations, thus bringing it within the remit of Article 6 in such cases. The legality of appointments to the Tribunal in accordance with Poland's own constitutional rules are essential for compliance with the right to a fair trial. 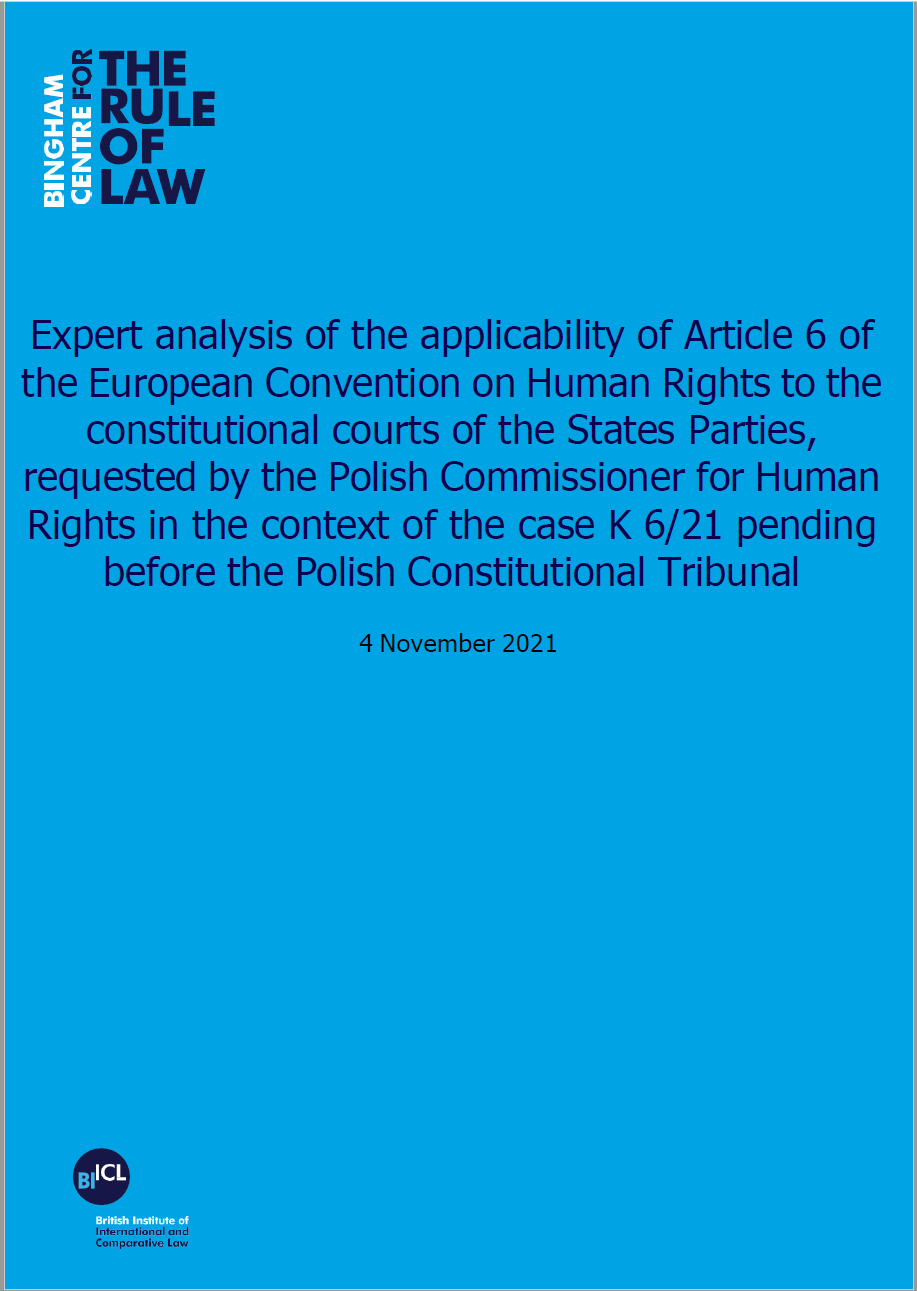