This report examines some of the main ways legal systems can support and maintain judicial independence, a vital element of the Rule of Law. It considers the approach of Latin American jurisdictions in light of international principles. The report was written for a Bingham Centre for the Rule of Law conference, "Rule of Law Challenges in Latin America: Corruption and Judicial Independence", held in São Paulo in April 2016. It was presented as part of a panel discussion on judicial independence, in which regional experts underscored the complexity of judicial independence challenges in the region as well as the significance of debates about tenure and appointment processes.

Judicial tenure and appointments processes are areas of intense contestation in many Latin American states. Areas in which a number of jurisdictions depart from international norms, such as the continuation of fixed-term rather than permanent appointments and the limited role of judicial councils in making senior appointments, are coming under increasing scrutiny. This presents an opportunity to re-examine and strengthen safeguards that provide crucial support for judicial independence in practice. 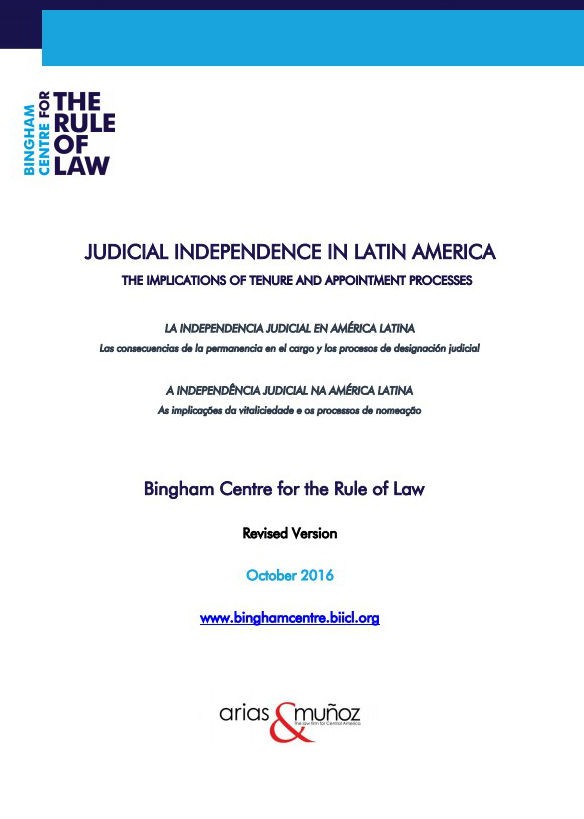