Risk and Return: Foreign Direct Investment and the Rule of Law

The Bingham Centre, working with the law firm Hogan Lovells, commissioned the Economist Intelligence Unit to survey senior executives at leading multi-national companies to identify the factors considered by multinational businesses when selecting where to undertake foreign direct investment (FDI), and to gauge the importance of the Rule of Law as a selection criterion. The survey was conducted with 301 senior decision-makers at Forbes 2000 companies with global annual revenues of at least USD 1bn. Most companies surveyed were headquartered in the US and Canada (40.9%), followed by Western Europe (32.9%) and Asia (14.3%).

Findings from the survey demonstrate a clear connection between FDI decision-making and the Rule of Law - whether a destination country possessed strong Rule of Law was identified as the third most important factor in selecting the location of FDI. The top two factors were ease of doing business and the existence of a stable political environment, which both depend to a considerable extent on the Rule of Law in the destination country.

In contributing to the knowledge base on the Rule of Law as a factor in FDI, the report makes clear the need for states to improve their domestic Rule of Law institutions by establishing clear rules and policies, and improving the efficacy with which these are enforced. 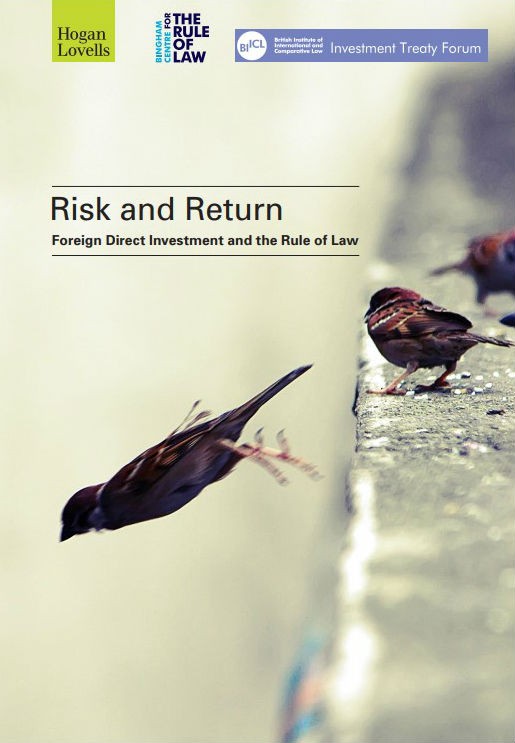