Judicial review is the mechanism by which the courts hold public authorities to account for the legality of their conduct. It is the reason we can be confident that Ministers and other public bodies will do what Parliament has authorised and required them to do, and act in accordance with their common law duties. It is the mechanism by which individuals and businesses are protected from official or regulatory action that is unreasonable or unfair, arbitrary or abusive, unjustified or disproportionate. It ensures that the officials and bureaucrats who exercise public power are subject to the law, rather than being a law unto themselves. An effectively functioning system of judicial review is central to the Rule of Law.

The purpose of this review was to consider practical ways of streamlining the process of judicial review without impairing its chief function of vindicating the rule of law. Some of the ideas we discuss here would involve high-level change; others are practical matters involving administrative change. Some have been suggested before; some are completely new. We discuss some ideas even where we conclude that they are not justified. We have included the Government's own ideas and proposals for the purposes of discussion, even though we believe that some of them have the potential to make the process more - not less - cumbersome, as well as shutting out meritorious cases. 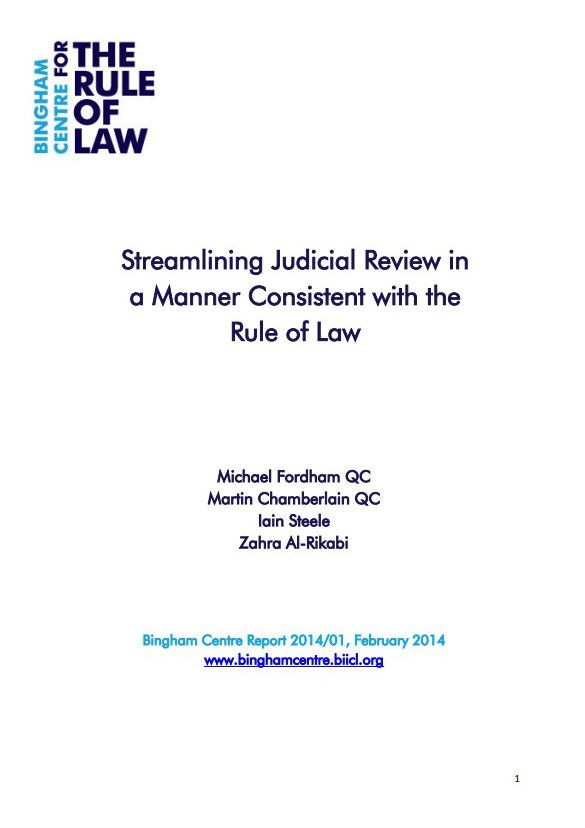