The Bingham Centre is monitoring and responding to the Government's plans to repeal the Human Rights Act 1998 (HRA) and replace it with a so-called "Bill of Rights".

On the same day, 14 December 2021, the Government announced its intention to repeal the HRA and replace it with a so-called "Bill of Rights". A public consultation on these changes ran from December 2021 to April 2022, and the Government's consultation response was published on 22 June 2022. Many of the current Bill's provisions embody proposals that were strongly opposed by respondents to the consultation. Nonetheless, the Government continues to seek the repeal of the HRA, and on 22 June 2022 introduced its so-called "Bill of Rights" Bill in Parliament. 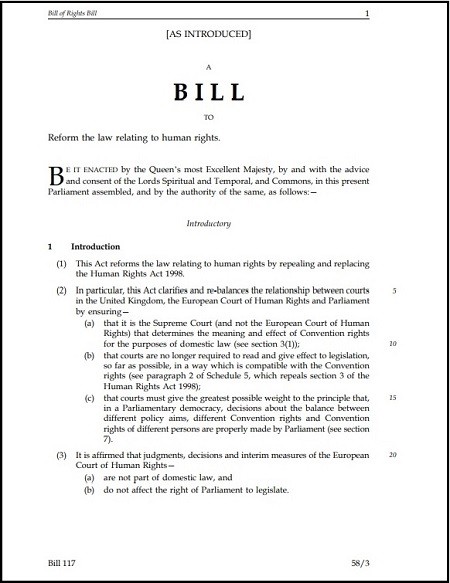