Q&A: Explaining the UK Government’s proposals to replace the Human Rights Act 1998 and the implications for Europe

Questions discussed in this document:

1. What is happening in the UK and why should other countries in Europe be concerned?

2. How likely is the UK Government to follow through on its reform plans?

3. What is the motivation behind these current reform proposals?

4. What is the current status of the ECHR in UK law?

5. What are the key proposals for change?

6. What impact could the UK's reform proposals have on the legitimacy of the Convention system as a whole?

7. How might the UK's reform proposals be utilised by countries with a poor record of compliance with the ECHR?

8. Would the reform proposals limit the ability of individuals in the UK to enforce their rights under the ECHR in UK courts and would they limit the remedies available?

9. What impact would the reform proposals have on applications to the ECtHR?

10. Are the Government's proposals for change supported by the findings of the Independent Review about the operation of the Human Rights Act in practice?

11. What are the views of the UK's parliamentary Joint Committee on Human Rights?

12. What about Brexit and the loss of the EU Charter of Fundamental Rights in this context? 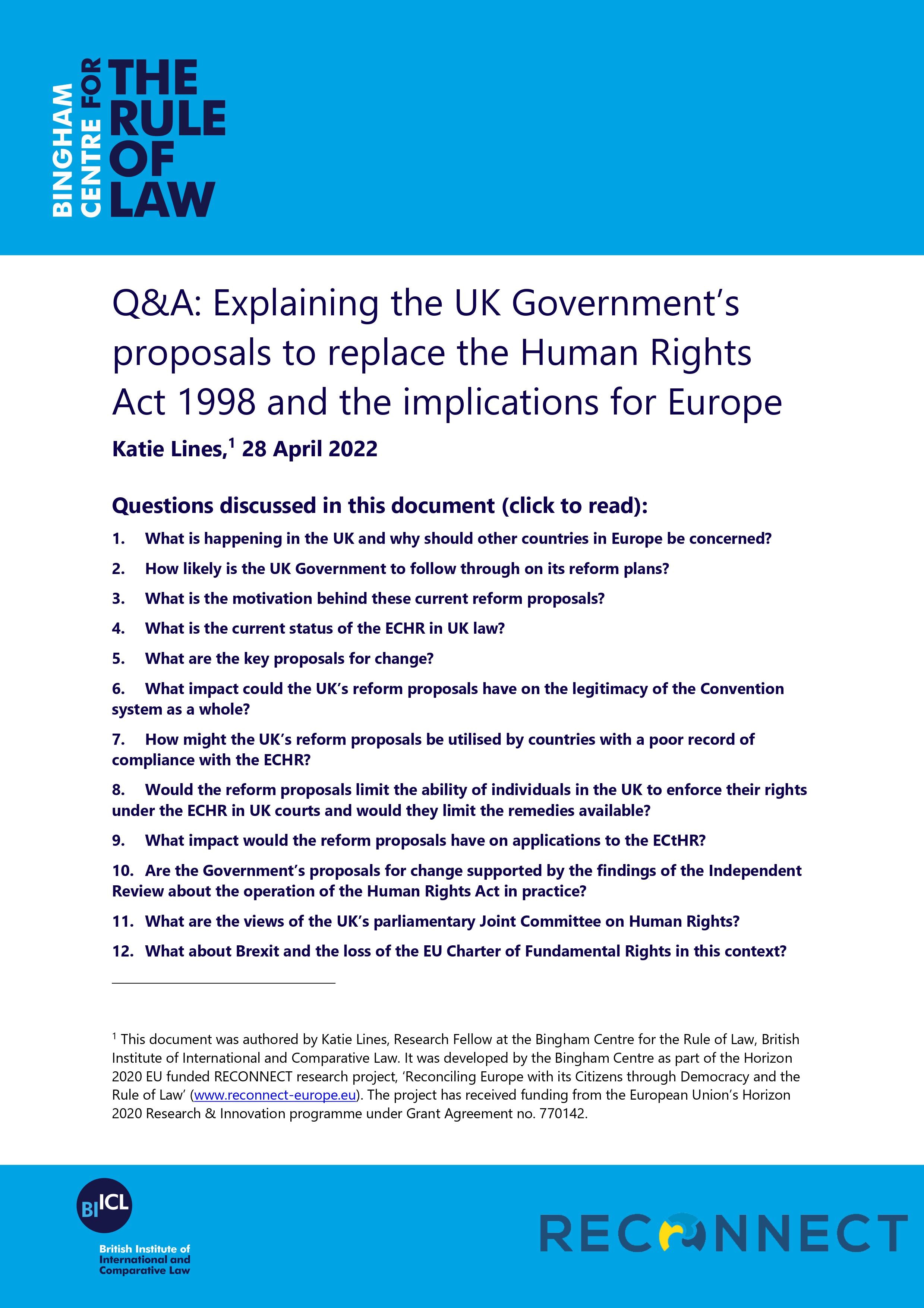