The Health Protection (Coronavirus, Wearing of Face Coverings on Public Transport) (England) Regulations 2020 prohibit the use of public transport unless a person is wearing a face covering. This basic policy is sound, rational and to be welcomed. However, there are several Rule of Law concerns.

Sound law-making procedures are not being followed because of the continued use of the 'urgent procedure' to make a law which bypasses normal parliamentary scrutiny.

The one day turnaround between the law being made and the law coming into force makes the law inaccessible and therefore unfair to apply against citizens who don't have a reasonable chance of knowing about such a rapid change. It is also unfair to apply such a law against visitors to England before they even touch down on English soil.

Some definitions are technical and lack clear examples to help citizens know what they are meant to do.

In a similar vein, some of the legal and technical definitions are uncertain, meaning it is difficult to know to what circumstances they apply.

There has been no equality or regulatory impact assessment to determine what the effect of these Regulations will be on BAME groups, or on poorer sections of the community.

Giving Transport for London employees the power to issue fixed penalty notices is problematic. They won't have the training and expertise that police officers have when making nuanced judgements about the application of the law.

Finally, the standard review and expiry provisions (as set out in other social distancing regulations) have been considerably weakened.

These objections do not make the Regulations fatally flawed, but they do undermine the Rule of Law. 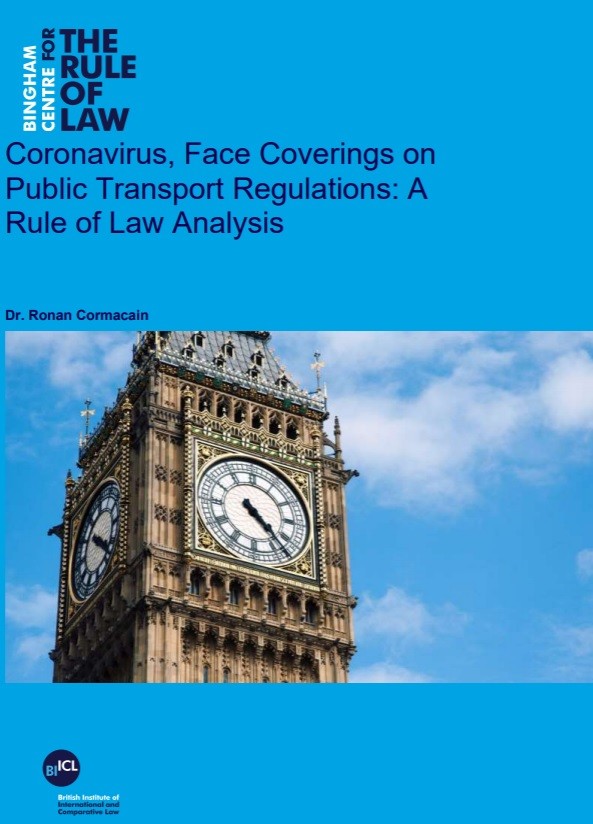