This Report analyses Clauses 1 and 2 of the Judicial Review and Courts Bill in advance of Report Stage in the House of Lords. It supplements our previous Report on these clauses.

Clause 1 allows a court in judicial review proceedings to make a quashing order which is either suspended, or only has prospective effect.

In general, Clause 1 promotes the Rule of Law by clearly setting out the law in an accessible way and granting judges the power to grant an effective and nuanced remedy in a judicial review case.

The only Rule of Law fly in the Clause 1 ointment is that it includes a presumption that quashing orders will be suspended or made prospective only. This diminishes the ability of courts to grant effective remedies and undermines the principle of legality.

The amendment to leave out this presumption would promote the Rule of Law.

Clause 2 does contain exceptions which mitigate the extent to which the ouster clause undermines the Rule of Law, but it retains the bald proposition that, even if a decision is made in error, it cannot be challenged.

The amendment to leave out Clause 2 would remove these Rule of Law concerns, as would the amendment that would retain the High Court's supervisory jurisdiction but limit subsequent rights of appeal. 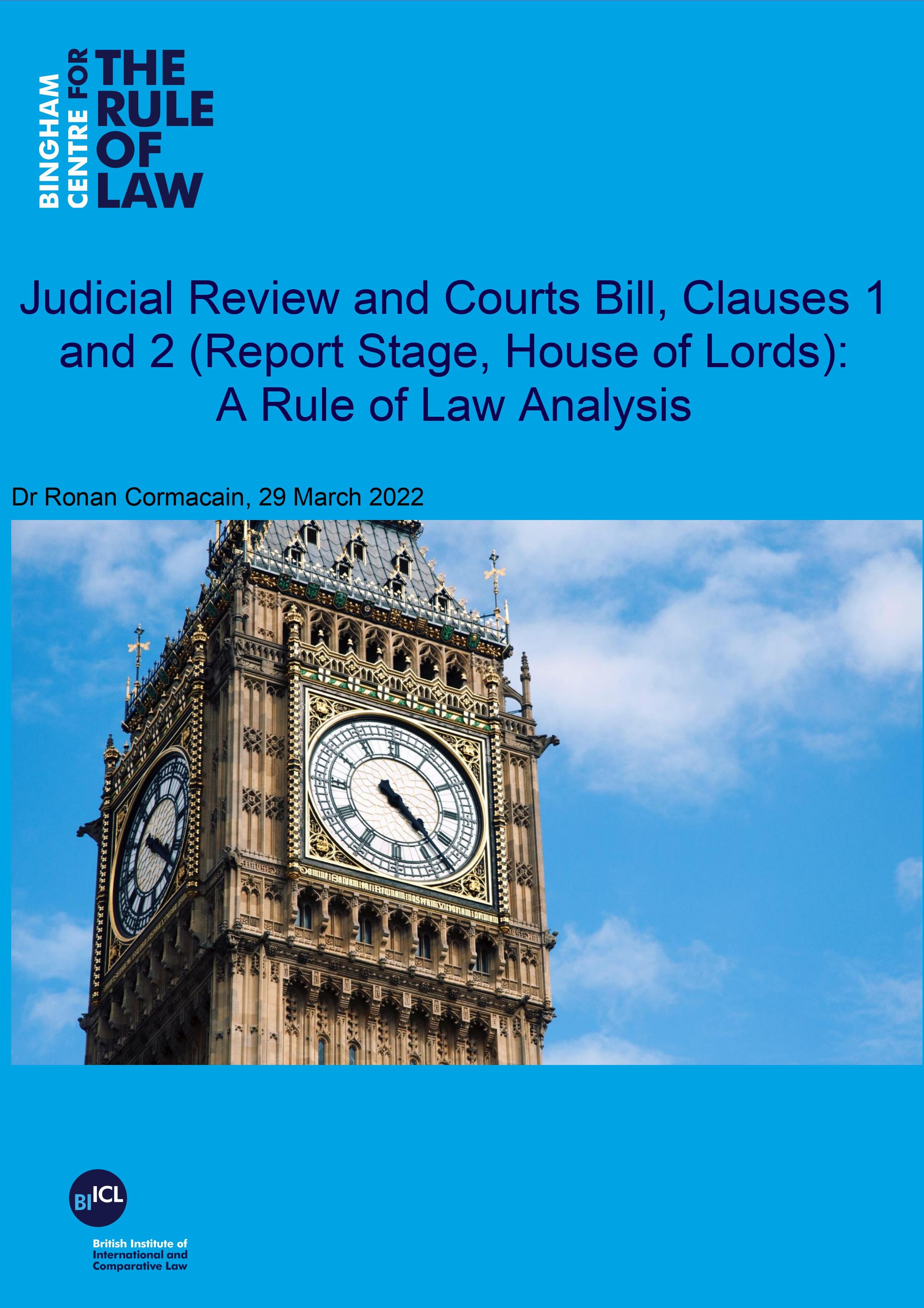