Nationality and Borders Bill: A Rule of Law Analysis of Clauses 29 and 39

Nationality and Borders Bill: A Rule of Law Analysis of Clauses 29 to 39

This Report analyses Clauses 29 to 39 of the Nationality and Borders Bill from a Rule of Law perspective, to be debated in Committee Stage in the House of Lords on Tuesday 1st and Thursday 3rd of February. It follows our previous report on Clauses 9 and 11 of the Bill.

Clauses 29 to 37 purport to interpret the Refugee Convention. However, the way in which they do so is not in compliance with that Convention. The proposed reinterpretations are not merely a neutral codification of the existing law, but in many significant places an attempt to overturn the established meaning of the terms in that law.

The following are particular breaches of international law (the Refugee Convention):

In clauses 29 to 37, it is contrary to the Rule of Law requirement that the State comply with its international obligations for Parliament to unilaterally seek to redefine the meaning of terms in an international treaty. The proposed redefinitions are a legislative over-ruling of judgements in major immigration cases which the Government has lost in the courts over the last two decades. This undermines the role of the courts in adjudicating upon the law and creates legal uncertainty. This fact of legislative overruling of the courts has not been made clear in the Bill.

Clause 39 breaches legal certainty by creating an offence of being in contravention of immigration rules when these rules are so complex and so shifting that even the Government does not understand and has been incapable of implementing them.

Clause 39 requires those asylum seekers unlucky enough to not have a visa to achieve the impossible - to criminalise those who arrive unlawfully whilst at the same time providing no lawful route to arriving in the UK to seek asylum.

This Report lists a number of amendments that peers concerned about these measures may wish to support. 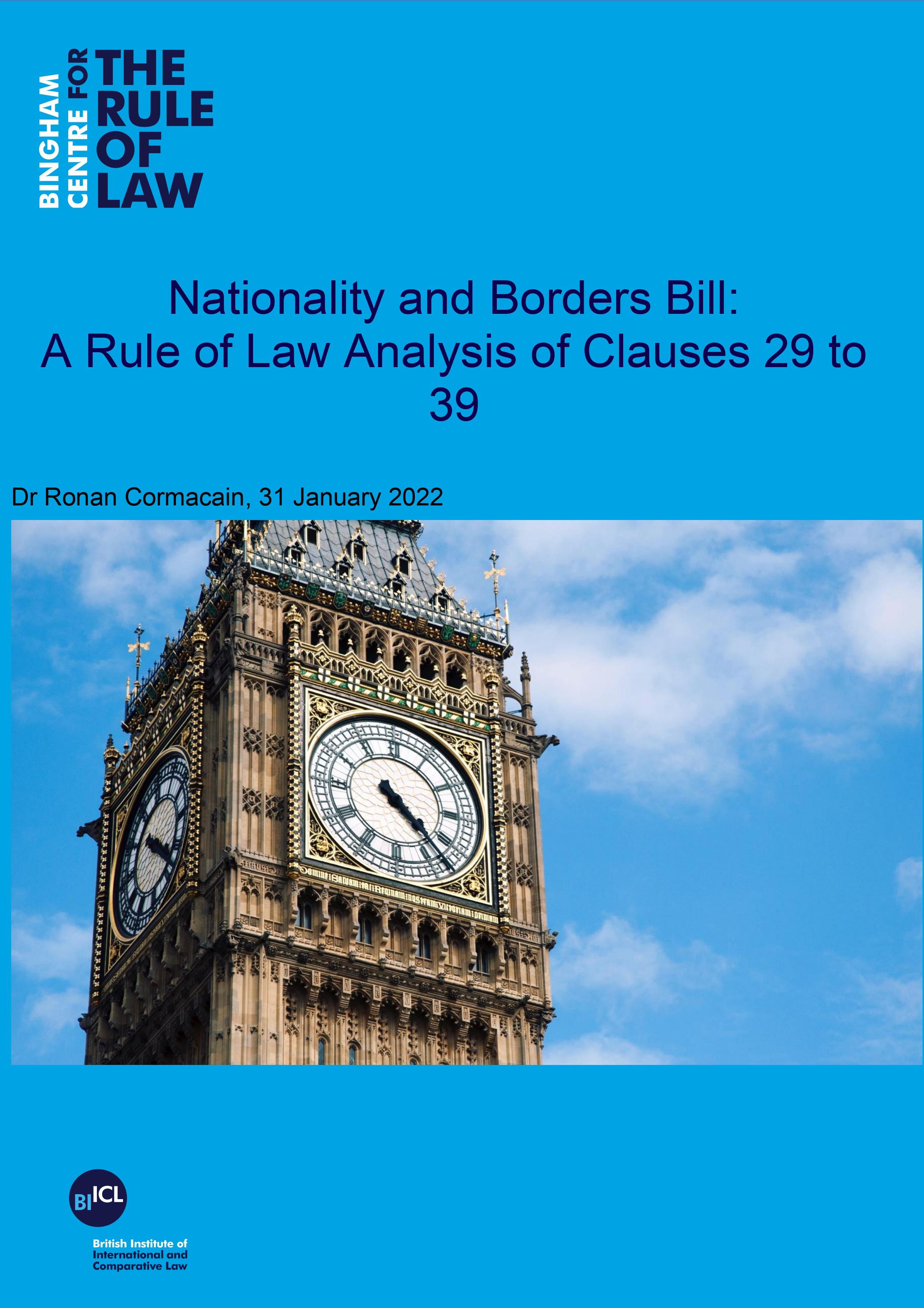