The Contact Tracing Self-Isolation Regime in England: A Rule of Law Analysis

We identify Rule of Law concerns that will be familiar to those who have been following the Government's response to the pandemic. The Government has blurred the line between law and guidance, used non-statutory guidance to expand upon and/or fill gaps in the law rather than passing new legislation, and has failed to make publicly available the information underpinning its policy decisions. A future inquiry may note that these Rule of Law concerns were brought to the Government's attention, in relation to various other Government policies, both before the contact tracing scheme was launched and on multiple subsequent occasions.

Blurring of the line between law and guidance

In September 2020, the Secretary of State used regulations to create a legal duty for close contacts to self-isolate if notified by Test and Trace: The Health Protection (Coronavirus, Restrictions) (Self-Isolation) (England) Regulations 2020 (SI 2020/1045). No corresponding legal duty was created for people pinged by the NHS app. The use of the app is entirely voluntary, although Government guidance strongly advises close contacts to isolate if the app instructs them to do so. However, the Government has consistently portrayed its guidance as having the force of law, by suggesting that the legal obligation to self-isolate also applies to users of the NHS app.

The Self-Isolation Regulations also exempt participants in a "testing scheme" from the legal duty to self-isolate. The testing scheme exemption is too widely drafted and leaves too much discretion to the Secretary of State to approve what he considers to be a suitable scheme. The Department of Health and Social Care relied upon the testing scheme exemption to implement a pilot workplace testing scheme that allows some organisations to use daily contact testing as an alternative to self-isolation. That pilot scheme has since been rolled out as established policy. However, it is questionable whether a pilot of a Government policy can properly be considered a "testing scheme", and even more doubtful whether Government policy can be considered a "scheme" once the pilot stage has finished and the policy has been rolled out more widely. 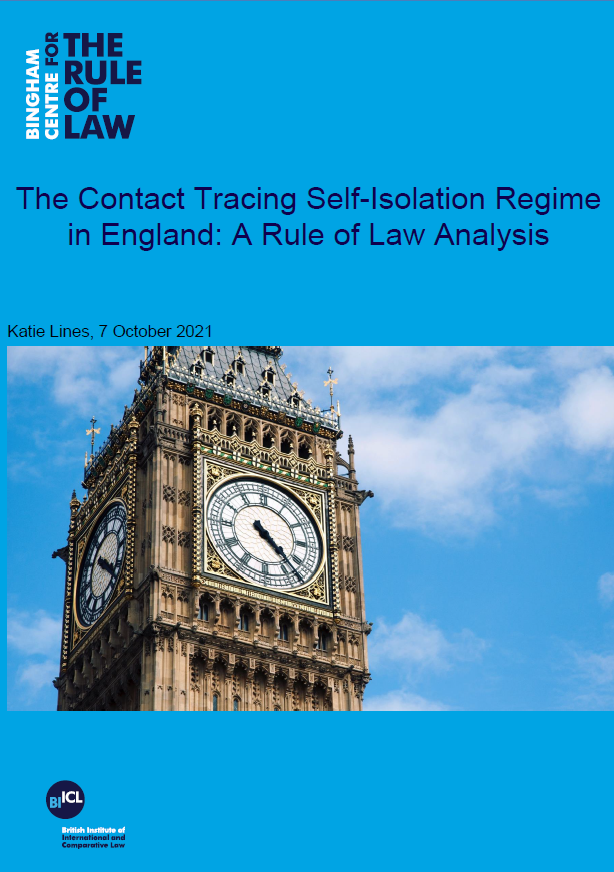