This report provides a Rule of Law analysis of the Police, Crime, Sentencing and Courts Bill.

To avoid duplication with briefing reports published by the Joint Committee on Human Rights and Liberty, we have not addressed the human rights implications of the Bill in this report, although we note that there are valid concerns around the proportionality and necessity of provisions within the Bill, and whether the restrictions it contains can be said to be prescribed by law.

This report is intended to provide Peers with a targeted Rule of Law analysis, mostly focussing on concerns around unnecessary delegation, fair trial rights, and the clarity and foreseeability of the law in Parts 3, 10 and 12 of the Bill.

• Clauses 55, 56 and 61 introduce a new noise trigger, which allows a senior police officer to impose conditions on protests based on the level of noise they generate. The drafting of this new trigger is not sufficiently clear and leaves too much discretion to individual police officers, making the law on protests more unpredictable and increasing the risk of the arbitrary exercise of police power. It is difficult to identify a proposed amendment that would address our concerns, other than removing the new noise trigger from the Bill.

• Clauses 55, 56 and 61 empower the Secretary of State to use regulations to "make provision about the meaning" of the expressions "serious disruption to the life of the community" and "serious disruption to the activities of an organisation which are carried on in the vicinity". This level of delegation is unnecessary. Both phrases should be defined within the Bill itself, and we have not seen a convincing explanation as to why this is not possible.

• Sections 12 and 14 of the Public Order Act 1986 make it an offence to knowingly fail to comply with a condition that the police have imposed on a protest. Clause 57 would reduce the level of knowledge required, so that it will be an offence for a protestor to breach a police condition that they "ought to know" exists. A fault test of "ought to know" is inherently less clear and predictable than a test of "knowingly", and goes further than is necessary to address the problem that clause 57 seeks to resolve. Clause 57 should be amended to remove the "ought to know" threshold. Instead, the Bill should provide that an individual commits an offence if they (1) knowingly breach a police condition, or (2) breach a condition in circumstances where they took active steps to prevent the condition being communicated to them, and would have known of the condition had those steps not been taken.

• Part 10 of the Bill would introduce Serious Violence Reduction Orders (SVROs). Clause 140 grants a police officer an incredibly broad discretion to stop and search an individual subject to a SVRO for the purpose of ascertaining whether the offender has a bladed article or an offensive weapon. A police officer does not need to have reasonable grounds for carrying out the search, and does not need prior authorisation. Clause 140 should be amended to remove this stop and search power. Alternatively, additional safeguards should be inserted into section 342E, such as providing that a stop and search can only take place if a police officer has specified reasonable grounds.

Part 12 - Procedures in Courts and Tribunals

• Clause 165 inserts a new provision into the Juries Act 1974 to enable a "13th person" to be brought into the jury deliberation room where a deaf juror requires a British Sign Language interpreter. It is commendable that the Bill enables profoundly deaf people who speak British Sign Language to serve as jurors. However, no provision is made for other individuals with disabilities who require the assistance of a third party in order to serve as a juror. If there is no objective justification for excluding other disabled people who require assistance, then Clause 165 should be amended to empower judges to appoint a third party to provide assistance to any disabled juror in the jury deliberation room.

• The Coronavirus Act 2020 expanded the use of live links in criminal proceedings. Clause 169 makes permanent, and in some cases expands, these temporary provisions. However, the impact of digital hearings on a defendant's right to a fair trial has not been properly assessed. Clause 169 should be amended so that the provisions in the Bill which expand the use of live links cannot be brought into force until a review has been carried out of their impact on access to justice and the right to a fair trial. 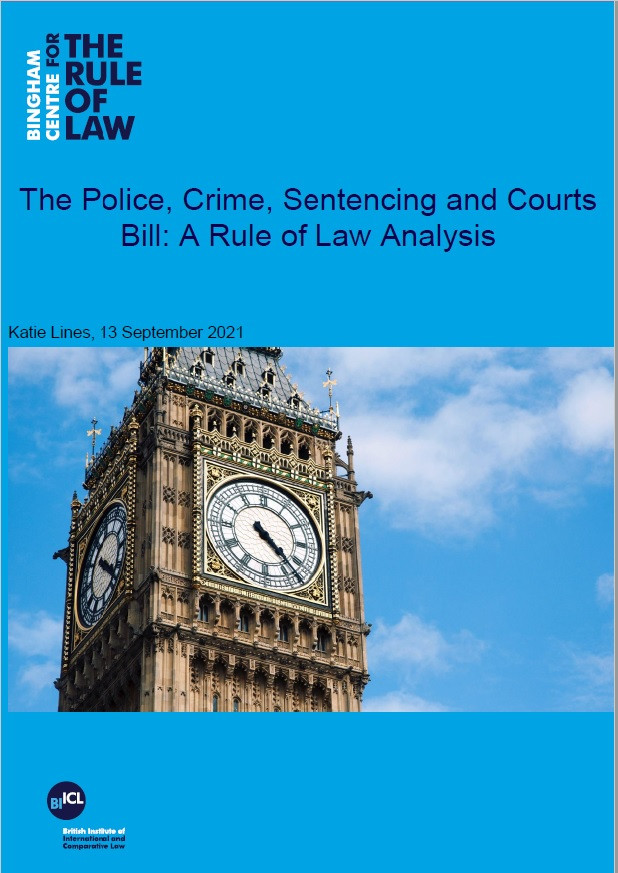