The Independent Commission provides an opportunity for a wide-ranging public examination and review of UK counter-terrorism law, policy and practice. The Commission is chaired by the Rt. Hon. Sir Declan Morgan QC PC. He is joined by 14 Commissioners with expertise, experience and understanding of counter-terrorism law and policy, its implementation and impact on communities.

Analysis and recommendations of the Commission, underpinned by contemporary, internationally agreed standards on the Rule of Law and human rights (which include the important principles of equality and non-discrimination) and informed by discussion and dialogue with a wide range of stakeholders, including consultation with affected communities, will provide the basis for developing effective policy and practice that has the support and input of all stakeholders. The Commission will deliver its final report by early 2024.

The need for an Independent Commission

The threat level from terrorism in the UK is at "substantial", meaning an attack is likely; the number of potential terrorism suspects on the security services' radar remains at about 3,000; and the Security Services report disrupting 31 late-stage attack plots over the last four years alone. In addition, recent developments and events  - including the surge in referrals relating to right-wing extremism to the counter-radicalisation Channel programme, the tragic murders of Jo Cox and David Amess, arguments over the deprivation of citizenship of British nationals who have travelled to conflict zones, mounting tensions in Northern Ireland, controversies on the extension of counter-terrorism to other political and social causes, and to misogynistic violence -  demonstrate the ever-present risk of polarisation in the public discourse about terrorism in the UK.

It is over 20 years since the Lloyd Inquiry into the need for specific and permanent terrorism legislation and 15 years since the publication of the UK counter-terrorism strategy, CONTEST. Legislation, policy and practice continue to evolve and expand in response to developments in the nature of the threat from terrorism and changes in society. New laws and policies have been subject to different levels of Parliamentary and judicial scrutiny and the Independent Reviewer of Terrorism Legislation has provided an important avenue for raising concerns and influencing policy change. While there have been Government initiated reviews and revisions of the CONTEST strategy, there has not been a broad independent public consultation on the overall picture of counter-terrorism law, policy, strategy, its implementation and impact.

There is now robust and consistent research evidence showing public support for and cooperation with government policies, including in counter-terrorism, increases where they are is developed in a way that meets basic standards of good law and policy making in a democracy. This requires opportunities for groups and individuals, whose cooperation is most needed and who may be particularly impacted by a policy, to participate in policy formulation and development by having their voices heard and concerns listened to, acknowledged, and addressed. This entails understanding how impacts and experiences vary across different intersections, including age, class, immigration status, gender, race, and religion. This also requires recognition that the burdens and costs of security measures protecting against terrorism vary across different settings and groups. This is an understandably sensitive area with few spaces for the open dialogue and discussion needed to address concerns, depolarise the debate and build consensus.

The perceived democratic legitimacy of counter-terrorism laws and policies also depends on them commanding public confidence that they are compatible with the requirements of the Rule of Law and respect international obligations such as those relating to human rights, including women's rights, children's rights, and prohibitions on discrimination.  Peaceful and inclusive societies can only be achieved through protecting human rights and fundamental freedoms, reinforcing the Rule of Law, and ensuring accountability through access to justice. A state's approach to countering terrorism provides a stress test of its commitment to effective and accountable institutions and normative frameworks. Its response to terrorism shapes and reinforces its commitment to a culture of constitutionalism.

Stay in touch with the Commission 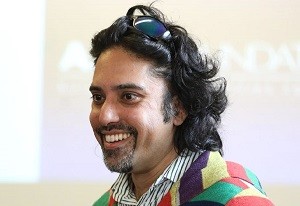